The Cable-TV Bundle Is Finally Starting to Unravel

The logo of Home Box Office Inc. (HBO) is seen on the exhibit floor during the National Cable and Telecommunications Association (NCTA) Cable Show in Washington on June 11, 2013.
Bloomberg/Getty Images
By Victor Luckerson

It’s been a long time coming. For years, television viewers have griped about having to pay for a massive bundle of channels that they barely watch. In 2013, the average American TV household received 189 channels, but tuned into just 17 of them. A careful, decades-long dance between pay-TV providers and networks has ensured that, for the most part, you need a cable or satellite subscription to watch live TV.

Two back-to-back announcements this week could threaten this extremely lucrative business model. HBO, which has TV shows so valuable that people have actually been begging to pay for them, announced Wednesday it’s launching an online streaming service in 2015 that doesn’t require a cable subscription. If it’s like HBO Go, that means users will be able to stream all the network’s hit shows as they air on TV. CBS made a similar move Thursday by announcing CBS All Access, a new platform that will allow customers to access much of the channel’s past and present content online for $5.99 per month, including live broadcasts in 14 markets.

By making these channels available for purchase individually, CBS and HBO are embracing the “a la carte” TV model, in which viewers would be able to select the individual channels they want to pay for and ignore the rest. It’s a concept that makes intuitive sense in a world where songs, movies, books and news can be consumed individually, on the go and at little cost.

But the model poses a huge threat to cable operators, network owners and even subscribers. If every network did what CBS and HBO are doing, cable and satellite operators would have the core part of their businesses wiped out. Network owners, meanwhile, would have to convince millions of individual customers to buy their channels instead of negotiating with just a few large pay-TV companies. Greater price transparency would hurt most channels—just ask Netflix, which said a $1 price increase caused it to miss its subscriber growth projections in the most recent quarter. While a prestige channel like HBO could command a high price on its own, more niche channels would probably find it tough to turn a profit individually. Many of them would likely fold, according to one study, and the quality and quantity of content of available on TV might actually diminish.

For these reasons, we’re still not close to a world where consumers can buy any channels they want in any combination. The owners of basic cable channels in particular, which are widely distributed and generate revenue even from subscribers who never watch them, aren’t keen to disrupt the current model. And anything involving high-profile sports is likely to remain under tight lock and key—CBS’s streaming service, for instance, won’t play NFL games.

“It would be absolutely detrimental to their current business model,” Erik Brannon, an analyst at IHS Screen Digest, says of the full unbundling of cable channels. “I just don’t see them being willing to jeopardize future affiliate fee growth for a few bucks here and there on the Internet.”

Still, operators and networks are finally being forced to reckon with shifting consumer habits. The number of U.S. pay-TV subscribers declined for the first time ever in 2013. Meanwhile, the number of households that watch TV content solely through a broadband connection has doubled in recent years, according to Nielsen. These are mostly young adult viewers who will define the way TV content is consumed in the future.

“There’s a shift that’s going on in consumer behavior in viewing video,” says Brian Blau, an analyst at Gartner. “Consumers are slowly but surely moving away from watching linear television on cable. They’re starting to watch these TV shows and movies more on their mobile devices.”

In the near term, analysts say the networks most likely to mimic the HBO or CBS model are their most direct competitors. It’s easy to imagine Showtime offering an HBO Go-like service, Brannon says, or ABC live-streaming its programming for a monthly fee. And while the cable bundle isn’t going anywhere, it may go on a much-needed diet. A growing number of consumers are picking smaller cable packages, indicating they’re tired of paying for hundreds of channels they don’t watch. And new entrants in the pay-TV space like Dish Network are building their business models around offering smaller, cheaper bundles of channels.

What HBO and CBS are doing suggests the future of TV will be messier and more confusing and perhaps less entertaining than the so-called “golden era” we live in now. But consumers will have more choice of what they watch and how much they pay for it. “It’s not a matter of if” more channels will be sold individually, says Brannon, “but when, and for how much.” 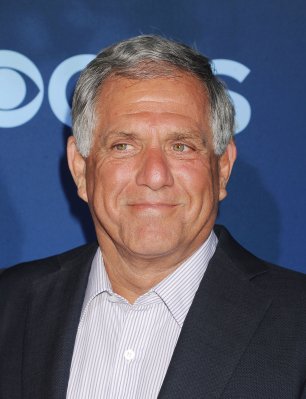