This week, media critic Anita Sarkeesian was scheduled to give a talk at Utah State University. She abruptly canceled her visit, and not because other work interfered. The university received an email threatening violence “worse than the deadliest school shooting” if Sarkeesian spoke on campus. The university reached out to law enforcement, and rightly so. The ongoing cyber harassment of Sarkeesian had recently escalated: she received emails and tweets that graphically threatened rape and included her home address.

Alas, Utah state police were less than helpful. When asked if officers covering the event would do pat-downs or use metal detectors to ensure the safety of everyone attending the event, the answer was “no.” Their excuse was that Utah had open-carry laws that prohibited firearm searches.

Would the state police tell a bigwig CEO, U.S. Senator, or the President that state laws stood in the way of security efforts at a university talk in the wake of a clear and specific threat of violence? I doubt it.

This can be seen as part of a broader pattern: the trivialization of gendered harm. The majority of cyber stalking victims are female; we have a long history of dismissing harms predominantly impacting women, such as sexual assault, sexual harassment in the workplace, domestic violence, and, yes, now cyber-stalking.

The Utah state police department’s response is as unsurprising as it is depressing. Law enforcement routinely disregards online threats of violence and other modes of cyber-stalking. At times, officers resist dealing with online threats for the same reasons that laypeople refuse to take online harassment seriously. Police laugh off reports of online threats. They dismiss threats as “online talk” and tell victims that no one is going to come get them. Threats are viewed as less real because they appear online. Bomb threats are treated as urgent matters of national security; rape threats are all too often ignored.

Police officers do not understand the seriousness of online attacks, the technologies used to perpetrate them, and the usefulness of existing laws. Victims are told to turn off their computers because officers are embarrassed to say that they don’t know how to handle cyber stalking cases. When Slate’s Amanda Hess went to local enforcement after being repeatedly and graphically threatened on Twitter, the officer asked her, “What is Twitter?” The officer then told Hess not to bother with using Twitter; that way she could avoid the abuse.

What Sarkeesian’s experience teaches us is that law enforcement is in desperate need of training about cyber stalking. If they had taken the threats seriously, they would have done something to lessen the risk of another “school shooting” as the sender of the email warned. Until police get better training, victims like Sarkeesian are going to keep missing out on important life opportunities. And what if, one day, someone makes good on a promised threat? 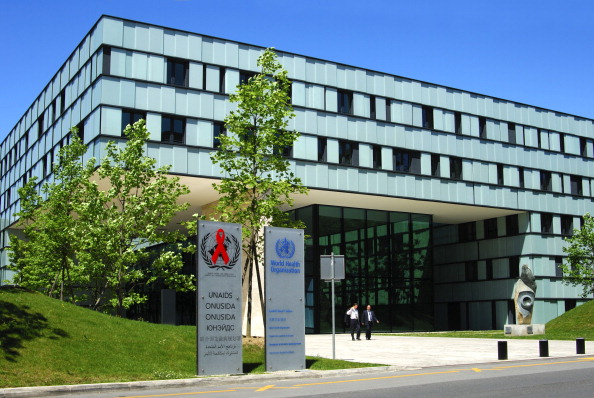 How We Can Boost Global Productivity
Next Up: Editor's Pick