While Apple unveiled its thinnest-ever iPad Thursday during an event at its Cupertino, Calif. headquarters, the super-secret tech giant also made time to poke fun at itself for accidentally releasing images of its new iPads the day before.

During a demonstration of how Apple’s new OS X Yosemite allows Macs to serve as a speakerphone for phone calls, Apple’s SVP of Software Engineering Craig Federighi made a call to Apple’s “Chief of Secrecy,” Stephen Colbert. But Colbert waits for Federighi to use his Apple-themed code name—Granny Smith—to authenticate his identity before they can discuss some classified Apple details, like how Colbert wants his position to be renamed.

Watch the video above to see if Colbert ends up with the title “Supreme Allied Commander of Super Secrecy” or “Intergalactic Chancellor” or “Supereme Commander.” Or if he’ll just go with his given Apple code name, “Red Delicious.” 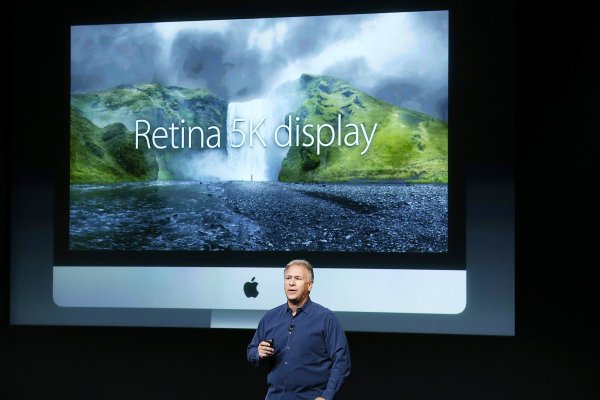 For Sale: Retina iMac
Next Up: Editor's Pick