The 4 Best Tablets Not Named 'iPad'

With the iPad hogging headlines, it’s easy to forget about the rest of the market, filled with Notes and Tabs, Kindles and Surfaces. And that’s a shame. The iPad might be simple and elegant, but Apple’s rivals specialize in power, price and productivity — sometimes offering twice the features at half the cost.

With that in mind, we pored through hundreds of reviews to see what both experts and everyday users value most in a tablet.

In the end, four themes emerged: battery, price, hardware and productivity. For each category, we picked the best tablet you can buy that isn’t made by Apple. Time to think different.

In tablet reviews, customers mention battery life more often than any other feature. A bit of lag, for example, is a minor nuisance, but a dead device is a travesty.

Unfortunately, tablets aren’t smartphones, even if that’s what consumers have come to expect. You can get through a full day with a 5-inch phone, but a 7- to 12-inch tablet with (literally) millions of pixels? You’ll be lucky to make it through lunch. And yet, one device emerges from the pack of top-rated tablets: the Samsung Galaxy Note Pro 12.2.

At 13 hours (of constant use), Samsung’s Note Pro bests Amazon, Google and Sony, whose flagship tablets can muster just 12 hours each. Yes, that 13-hour figure might be a little inflated (these are manufacturer-reported numbers, after all), but getting anywhere close to half a day of battery out of a 12.2-inch, 247-PPI screen is just nuts. Even Apple hasn’t pulled that off.

Note that the Note Pro leads in both battery life and total pixels in this plot of popular tablets — a rare combination:

Many consumers are intrigued by tablets, but they can’t stomach the $500-$900 price tag. Meanwhile, the truly budget options are usually three years old, featuring out-of-date technology that manufacturers can’t wait to unload on uninformed consumers.

So at FindTheBest, we looked for a tablet that was modern (no more than 1.5 years old), well regarded by the experts (at least 4 out of 5 stars, on average), and most of all, cheap.

Here, it comes down to the 2nd generation Nexus 7 and Amazon Kindle Fire HDX 7. While Amazon’s device wins on specs alone, our overall recommendation is the Nexus 7, which received slightly higher review scores across the board. It’s a photo finish, but ASUS, not Amazon, wins this round. With Google’s recent Nexus 9 announcement, expect the Nexus 7’s price to drop even lower.

It’s tempting to assume that Apple has a monopoly on hardware design. Sure, you can beat an iOS device on performance and features, but no one can touch Apple when it comes to how the product looks, right?

Wrong. Your alternative is Sony. With a classy, sleek design that’s thinner than the iPad Air, the Sony Xperia Z2 is a feat of material engineering. At 439 grams, it’s also the lightest flagship 10-inch device on the market (depending on the final stats of the new iPad: this post went live before Apple’s October 16 announcement).

In the below chart, you can see how the Xperia Z2 compares to other popular ~10-inch tablets. (The size of the dot reflects the slight variances in screen size.)

Our Pick: The Sony Xperia Z2

In the world of tablets, productivity is a two-horse race. First, you’ve got the Galaxy Note Pro 12.2, complete with a giant screen and built-in stylus. Second, there’s the Microsoft Surface Pro 3, a performance beast with internals that look more like a laptop than a tablet.

For casual consumers, the Note Pro is the right choice, if only for the well-rounded Android ecosystem of Google services and app selection. But for the working professional, it’s hard to deny the Surface Pro 3’s real-world performance. For an apples-to-apples comparison, just look at Geekbench scores. Geekbench performs benchmark testing for a wide variety of products across multiple device categories in order to compare real-world performance. Note below how the Surface Pro 3 performs compared to three other popular tablets:

For reference, consider that the most recent MacBook Air clocks in at 4,678 (multi-core) and 2,469 (single-core).That’s better than almost any tablet, but it’s still below the Surface Pro 3’s scorching results. Microsoft isn’t messing around here.

Yes, Windows 8 still has its foibles, and the Surface Pro 3’s various menus and gestures come with a sizable learning curve. But if you want pure performance and productivity, the latest Surface should be your pick.

Our Pick: The Microsoft Surface Pro 3 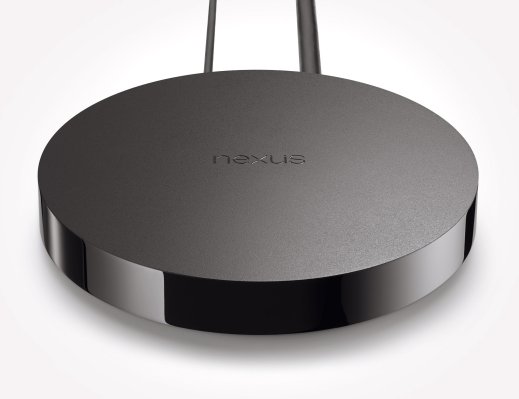