An attendee looks at the new iPad Air during an Apple announcement at the Yerba Buena Center for the Arts on October 22, 2013 in San Francisco, California.
Justin Sullivan—Getty Images
By Sam Frizell

Apple is getting ready to make some major announcements Thursday in Cupertino, and there’s a lot of speculation about what consumers can expect to see. Among the litany of possible releases are Apple’s OS X Yosemite, a new iMac, a new MacBook, and of course, new iPad models.

That’s because the iPad is due for its typical October update, so there’s a strong chance Apple will show off an updated edition of the Air model. We’ve already seen photos of the iPad Air 2 that Apple appears to have accidentally released on its iTunes support website, so some of these changes may not come as a surprise tomorrow. In any case, here are 6 things that could make the iPad Air 2 different from its predecessor.

A Touch ID home button. Like the new iPhone models, the iPad Air 2 will likely use your fingerprint as an access code. That’s plainly visible on the leaked screenshots. (Note the not-so-subtle caption that says “Touch ID sensor.”) The Touch ID will save you the trouble of inputting your four-digit code every time you swipe on your iPad.

More storage space. Apple could ditch the 16GB storage space option on the new iPad and jump onto the 32GB and 64GB bandwagon, according to The Michael Report, a highly-cited tech blog.

Thinner than previous Air models. The iPad Air is already just 7.5 mm thin, but it’s rumored that the new model will be 0.5 mm skinnier than the current model.

Gold version. Several analysts and sources inside Apple say the next iPad Air will come with a gold option. The gold will be a more colorful option compared to the tablet’s usual silver and gray.

Faster processor. Apple upgrades its processor pretty regularly, and it would be surprising if the new iPad didn’t come with improved computing power. Its memory should also improve to 2GB of RAM. That means more apps open at the same time without computing issues. 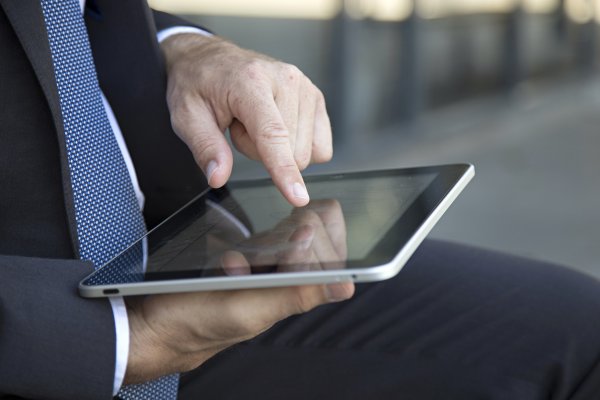