After years of maybe’s and not yet’s, HBO has finally announced that it will offer its content as a streaming service independent of a cable subscription sometime in 2015. People who don’t subscribe to cable have been begging HBO to take their money for years. Now, it seems, a rising tide of cord-cutters getting rid of cable and young adults who never subscribed to cable in the first place have compelled the network to fulfill their wishes.

But the announcement was painfully light on details. We don’t even know whether this service will be the same as HBO Go, the robust streaming app the network currently offers to its subscribers. Here are the questions HBO still needs to answer:

They don’t call it “premium cable” for nothing. The cost of HBO currently differs based on pay-TV provider and region but generally falls in the range of $15 to $20. Many cable operators offer the service at a discounted price of $10 per month for the first year. High-definition streaming on Netflix, for comparison, costs $8.99 per month. It’s hard to say where exactly an independent HBO would fall on this spectrum. Time Warner, which owns HBO, currently splits subscription fees with cable operators, but the operators handle the billing, customer service, delivery of content and some marketing. With a standalone service, HBO would have to deal with those issues itself and charge a fee appropriate to recoup those costs. Two years ago, HBO tweeted that a TechCrunch story that pegged the amount people would pay for the service at $12 per month “has it right.”

Will I be able to watch the newest episode of Game of Thrones?

If this service is the same as the current streaming service, yes. HBO Go allows customers to live stream the network’s TV shows on their laptops, mobile devices, and televisions. But it’s worth noting that HBO didn’t specifically say that HBO Go will be the standalone offering. The company has been notoriously reticent to offer its newest content to people who don’t pay for cable. Even the monumental deal to bring HBO content to Amazon Prime Instant Video for the first time doesn’t include Game of Thrones or more recent seasons of current shows like Boardwalk Empire.

Will the service perform well, technically?

Going by HBO’s past track record, this could be a problem. HBO Go crashed during the season finale of True Detective and multiple times during the last season of Game of Thrones because too many people were accessing the service simultaneously. Obviously a standalone service would be even more popular. No doubt HBO would beef up its servers to handle additional load, but that added expense would place more pressure on the network to raise the price it charges customers.

This year has seen an ongoing debate between Netflix and several ISPs over who should pay to deliver Netflix’s content to customers. Netflix suffered slowed speeds on the networks of Comcast and Verizon until the company agreed to pay them to establish a better connection. As a streaming service that will also stream its content over ISP’s pipes, HBO could face similar costs. It doesn’t help that many of the ISPs are also pay-TV operators that aren’t likely to be pleased that HBO is giving customers an incentive to cut the cord.

Can I finally dump my cable company?

If you were only keeping it around for HBO, and the new service functions similarly to HBO Go, sure. Otherwise, you’ll still need cable to watch a lot of TV content live, especially sports. But the fact that a cable network as prestigious as HBO is willing to break out of pay-TV’s walled garden in such a big way could have implications later. Other channels that already have robust streaming apps, such as FX and ESPN, could follow in HBO’s footsteps.

Does this matter to me if I still have cable?

It might. Cable operators initially offer HBO at a discount to entice customers to subscribe to the service. Now that HBO is becoming a competitor as well as a partner, they may be less motivated to subsidize the channel. And with HBO having to take on new infrastructure costs, the network may pass those expenses along to both cable and non-cable subscribers. 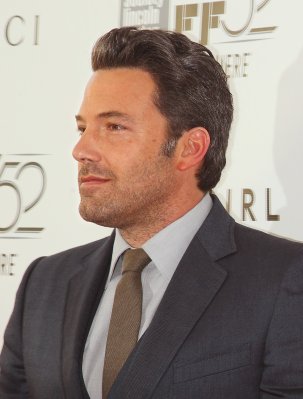 Why Ben Affleck Still Can't Win
Next Up: Editor's Pick