Friends Is Headed to Netflix

Jennifer Aniston and David Schwimmer appear in the baby birth episode of NBC's hit series "Friends," airing in a one-hour season finale on Thursday, May 16 at 8 p.m., EDT. The episode may well cement "Friends" status as the most popular show on television for the 2001-02 season. (AP Photo/NBC- Warner Bros. Television)
Anonymous—ASSOCIATED PRESS
By Daniel D'Addario

Continuing a seemingly ceaseless burst of Friends nostalgia that’s been going since the tenth anniversary of the sitcom’s finale, Netflix announced that the entire series’s run will be available for streaming beginning January 1, 2015.

It’s a major deal, given the popularity of the NBC sitcom to this day, not to mention the sheer volume of episodes involved. (Despite the fact that TBS always seems to be airing the same few episodes, there were 236 installments of the show.) Friends is widely available on syndicated television, but given the wide variations in tone season to season, the opportunity to choose whether to watch a low-drama episode where the gang hangs out or one from the height of the Rachel-Ross-Joey love triangle is a significant boon to Friends devotees.

Netflix’s original offerings have tended to prompt so-called binge viewing due to their sheer volume of incident. House of Cards and Orange Is the New Black both rely on cliff-hangers and twisty plots that compel viewers to watch the next episode. But given the excitement around Friends hitting the streaming service, it’s not hard to imagine the exact opposite sort of television being just as binge-able. Friends is at its best when little of consequence is happening, in the long stretches of episodes where they’re all bickering over apartments or cleaning philosophies. It’s extremely comfortable and comforting TV — the sort that will lend itself perfectly to hours of consecutive watching this winter. 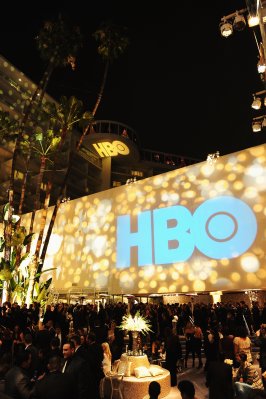 HBO to Offer a Standalone Online Service
Next Up: Editor's Pick