Why Health Officials Are Concerned About Energy Drinks

The energy drink market is booming, but that’s not necessarily a good thing when it comes to public health, says the World Health Organization’s regional office for Europe.

In a new report in the journal Frontiers in Public Health, João Breda, who works in the division of noncommunicable diseases at WHO Europe, and his colleagues reviewed data on the health risks of energy drinks and the current policies that regulate them. They concluded that health concerns from the scientific and medical community are valid, and that consuming high levels of caffeine very quickly can cause negative health effects or “caffeine intoxication.” Those effects can include nausea, high blood pressure and heart palpitations. Some deaths have even been linked to energy drink consumption, like that of a 16-year-old girl who went into cardiac arrest after drinking the beverages, but none have been definitively proven.

MORE: What’s In Your Energy Drink?

WHO is especially concerned about what happens when people mix energy drinks and alcohol. “The consumption of high amounts of caffeine contained within energy drinks reduces drowsiness without diminishing the effects of alcohol resulting in a state of ‘wide-awake- drunkenness,’ keeping the individual awake longer with the opportunity to continue drinking,” the authors write in the journal. (A small study in July suggests the same thing: people who drank spirits mixed with energy drinks had a greater desire to keep drinking than those sipping regular mixed drinks.)

Sleep-starved college students aren’t the only ones guzzling energy drinks. The WHO report cites estimates that energy drinks make up 43% of caffeine exposure in children.

In Europe, some countries are taking energy drink regulation very seriously: Sweden has banned the sale of energy drinks to kids. In the U.S., energy drink regulation is incredibly weak, and depending on how an energy drink makes it to market, it may not even have to disclose how much caffeine it contains. The WHO report recommends that policymakers adopt more measures to get a tighter grip on the industry, including establishing an upper limit for caffeine content, enforcing labeling and marketing standards, regulating the sale of energy drinks to kids, training healthcare workers about the risks and even screening patients with a history of diet issues and substance abuse for dangerous energy drink consumption. They also call for more research on how energy drinks affect us. “From a review of the literature, it would appear that concerns in the scientific community and among the public regarding the potential adverse health effects of the increased consumption of energy drinks are broadly valid,” they write—a finding that warrants further research, policy and caution. 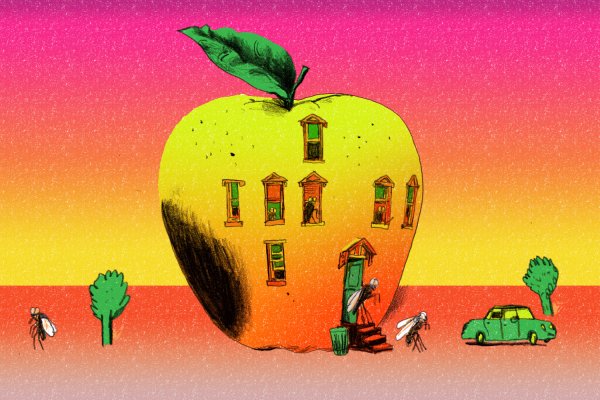 You Asked: Do Fruit Flies Come From Inside Fruit?
Next Up: Editor's Pick