Notification: You have 12 new matches!

When I get home from work and realize the silence of the end of the day, I open one of the many dating or sex-based apps I have — programs that provide literally thousands of people for me to choose from as a possible match to my personality. I assume that I am like most people on these apps: ultimately seeking a lasting relationship.

Coming out as gay in my hometown of Muncie, Indiana, was not an easy thing to do, so I didn’t. Like many LGBT folk, I flocked to a liberal university in a liberal city to feel accepted, but I found gay communities closed-off to LGBT youth. We all crave connection and intimacy, but there is nowhere for freshly out young gay men to connect. Feeling alone in a big city, walking from building to building without making a connection, I desperately wanted to meet like-minded individuals, but I found myself resorting to these apps to do that.

But instead of advancing the gay agenda of inclusion, I found the apps to perpetuate what people scorn about LGBT: promiscuity, impersonal behavior, and sexually motivated conversations. This is not the fault of the LGBT community, but these depersonalized conversations are what lead to depersonalized relationships. When an introduction to gay culture is through a sex-based app, it perpetuates the sex-based stereotype.

Because LGBT still face shame and disownment, our coming out is plagued with fear that we will lose those we love, which leads to a shame-based idea of relationships. Each dating app focuses on a different demographic, with OkCupid, Tinder, and Grindr thriving as probably the three most popular in the mainstream gay community. OkCupid is for the romantics looking for dates, Tinder is where you browse pictures and compare common Facebook interests before deciding to meet; and Grindr allows one picture and a brief description for guys who are looking for temporary company.

I never thought of approaching dating through this screening process, but many people inadvertently find themselves becoming a part of the hook-up culture. Compared to traditional dating methods, these apps provide many advantages: you save time on bad blind dates and boring conversations, you can connect to someone anytime you feel lonely, and if you are rejected you simply move on to the next person. But because there are thousands of people at your fingertips, it also creates a society of oversharing, superficiality, and instant gratification. You are on the grid 24/7 and you must advertise yourself. And there’s a paradox of choice: be careful who you choose, because there might be someone better out there—always.

Gay men want those perfect relationships that we see in romantic-comedies, instead of the ultimate fear of our generation: being alone. But there is nowhere that is not sex-based to connect. LGBT are still considered outcasts of society. Homosexuality, while popularized by the media, is still considered dangerous to teach to our kids. The way to solve this is through education. The history of talking about sexual orientation to children has been one of fear, regret, and ignorance. We need informed parents who understand how to support gay youth. We need college-aged LGBT to actively work their state’s capitals for gay marriage, harassment laws, and transgender equality. Most importantly, K-12 children should be taught about sexual orientation in an open, direct, and engaging way encouraging normalcy and assimilation. If we can openly discuss it, LGBT can defeat the sex-centered stereotype.

Cody Freeman has worked extensively in the Philadelphia LGBT community through ActionAIDS, I’m From Driftwood, and The William Way LGBT Center. 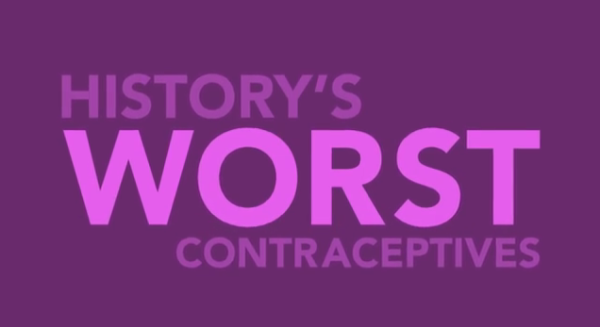 Take a Look at History's Worst Contraceptives for Women
Next Up: Editor's Pick