Comedy legend John Cleese recently told Taylor Swift that her cat Olivia Benson was “the weirdest cat I’ve ever seen in my life.” But Olivia Benson is probably having the last laugh (meow?) now, because Cleese’s own absurdly large feline certainly isn’t starring in a new Diet Coke commercial with the “Out of the Words” singer. During her appearance on The Graham Norton Show, Swift joked that her crazy cat lady phase was “a few years down the road,” but it seems it has arrivied early in the new clip.

You can even hear a new track from the singer’s upcoming album, 1989, in the background. And unlike the Jack Antonoff-assisted sonic departure “Out of the Woods,” it’s the most straight-out-of-Red, traditionally-Taylor Swift-sounding track we’ve heard from the record so far. 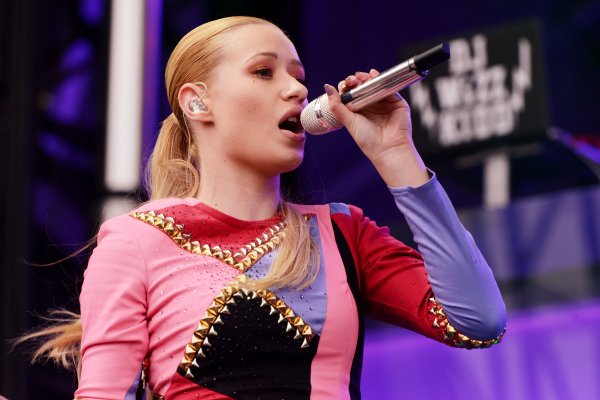 Iggy Azalea Says She Doesn't 'Hate' Paparazzi After Telling One 'I Hope You Have Ebola'
Next Up: Editor's Pick