Joan Rivers’s ban from The Tonight Show was finally broken this year, when the late Rivers appeared in a brief segment on new host Jimmy Fallon’s premiere episode and later sat on his couch. But until then, the Rivers ban had been an uncomfortable reminder of one of pop culture’s chilliest break-ups. Johnny Carson, the longtime Tonight host who’d employed Rivers as permanent guest host, never spoke to her again after finding out she’d left the show to star in an (ultimately short-lived) Fox late-night franchise.

But between Carson, who initiated the ban on Rivers, and Fallon, who broke it, came Jay Leno, who upheld the ban, in what he’s now describing as an “awkward” situation. Leno, interviewed on Access Hollywood in promotion of a new CNBC show about cars, said that “I didn’t want to [have Rivers as a guest] while Johnny was alive out of respect for Johnny. I don’t think he wanted to see her on the show and that’s why we didn’t do it.” Leno claims he never discussed the ban with Carson, but that it was upheld by vague mutual understanding.

For her part, Rivers, who appeared several times on Leno’s competitor David Letterman’s Late Show during the ban, spoke to the press with glee after appearing on Fallon’s Tonight Show. Making an obscene gesture, Rivers declared, “To Jay! Well, Jay. Twenty-three years. I’m still here and you’re going to be selling cars.”

Jay Leno’s Garage will premiere on CNBC in 2015. 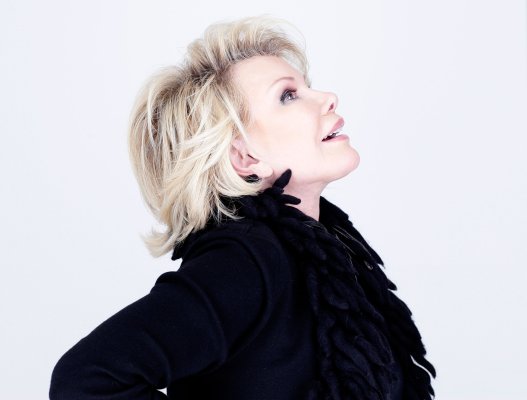