In Silicon Valley, You Can Forget Aging Gracefully

Nature abhors the old, Emerson said. In 2014, we can add: so do technology investors. Because in the tech sector, where innovation and growth are worshipped and rewarded with obscene valuations, the esteemed companies that helped establish Silicon Valley and shape the Internet are not being allowed to age gracefully.

HP is breaking into two, despite years of its CEO saying this wouldn’t happen. eBay’s spinning off PayPal, after its CEO insisted this made no sense. Both companies knuckled under shareholder pressure. Now Yahoo is facing pressure to cash out of Alibaba and merge with AOL. That follows Dell going private and IBM ditching its low-end servers. There are even investor rumblings that Microsoft would be better broken into pieces.

Spinoffs, breakups, LBOs and shotgun marriages aren’t uncommon among aging, troubled companies. But the wave of events hitting companies once considered blue-chip tech firms is unprecedented. Only a decade ago, most of these companies were at the top of their games. Even today, many are so profitable they annually pay out billions, if not tens of billions, to shareholders through dividends and buybacks. And while many of these companies have been undervalued by investors for years, they are now being treated as if they are entering a period of advanced decay.

In sectors like utilities or retail, slow growth is tolerated as long as a healthy profit margin is maintained. But in tech, profits aren’t enough without growth. And there is plenty of growth among the younger generation of tech giants like Google, Facebook, and LinkedIn. The gap between long-in-the-tooth tech giants and lithe, growing companies is getting wider by the year. While the latter are driven by innovation the former are pushed around by shareholder demands.

Tech investors have always been growth-oriented, but now it’s becoming an obsession. And why not? As the network effects long promised in the early years of the Internet finally kick in, growth at a successful startup can mushroom from seed round into large cap in a few years. Airbnb, Uber and WhatsApp were all founded about five years ago and today are valued at $10 billion, $18 billion and $22 billion, respectively.

Often, the new generation of successful startups push to stay out of public markets as long as possible to avoid the public scrutiny, quarterly earnings parades and exposure to shareholder activists that are plaguing the likes of HP, eBay and Yahoo. The world of secondary markets and venture investing have evolved to accommodate them, allowing institutional investors who can afford substantial stakes to become investors while the startups remain private.

Yet there’s a cautionary lesson here that startup founders should consider: The same forces that are accelerating tech growth curves are also accelerating the time to maturity. Grow big enough and companies will need to draw on public markets for financing. To meet quarterly targets, they need to maintain billion-dollar businesses even when they stop growing. That limits the ability to find new, financially risky areas of innovation. Soon enough, dividend and buyback programs are rolled out to placate antsy investors. That, as we are seeing this year, only placates them for so long.

No one is demanding a dividend from Google, or calling for Facebook to spin off Instagram. Both are delivering growth that often surpasses investor expectations and rewarded with rising stock prices. Others like Netflix and Amazon are getting a pass by investing profits into future growth. But as much as HP talks about, say, developing a mass-market 3D printer, investors only look with disappointment at the slow-growth business of PCs and IT services.

There are a few companies founded before the dot-com boom, notably Apple and Amazon, that have so far been able to buck the trend. But they may not be able to stay ahead of the curve for long. The campaign to pressure Apple for more dividends has halted because Tim Cook keeps promising new product categories like the Apple Watch. Amazon has lost nearly a quarter of its value in the last nine months amid concerns its spending is outpacing its promised growth.

For now, Apple and Amazon are anomalies among companies more than 20 years old that are promising more growth in coming years. That’s leaving their CEOs independent enough to pursue blue-sky innovations. But age catches up to all companies. And these days, companies in the tech sector are growing old faster than ever. 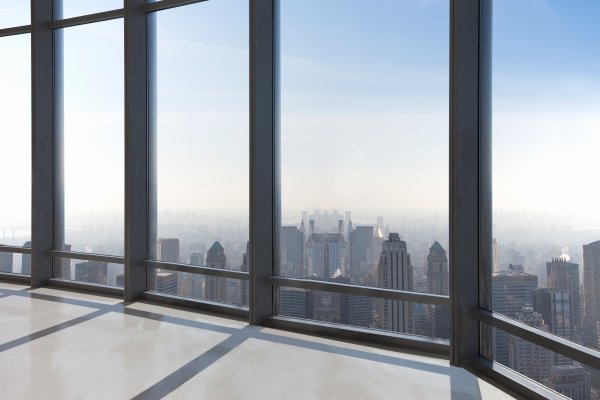