Australian author Richard Flanagan, author of 'The Narrow Road to the Deep North' speaks after winning the prize at the awards dinner, at the Guildhall on Oct. 14, 2014 in London.
Alastair Grant—Getty Images
By Jack Linshi

Australian author Richard Flanagan was awarded the 2014 Man Booker Prize Tuesday for his novel The Narrow Road to the Deep North.

Flanagan’s novel tells of an Australian surgeon, Dorrigo Evans, haunted by his affair with his uncle’s wife. The story is set during World War II as Evans struggles to treat prisoners of war forced by Japan to construct the Thailand-Burma Railway.

“The two great themes from the origin of literature are love and war. This is a magnificent novel of love and war,” said British philosopher A.C. Grayling, who chaired the judging panel. Written in prose of extraordinary elegance and force, it bridges East and West, past and present, with a story of guilt and heroism.”

Flanagan’s novel—his sixth—took home the $80,000 prize over the five other shortlisted novels announced in September. He is the third Australian and first from Tasmania to win the prize, considered the U.K.’s most famous literary award and one of the most prestigious in the world.

This 2014 Man Booker Prize was the first year the award was available to all writers outside of the Commonwealth of Nations, Ireland and Zimbabwe. Two Americans, Joshua Ferris and Karen Joy Fowler, were among the shortlisted authors. 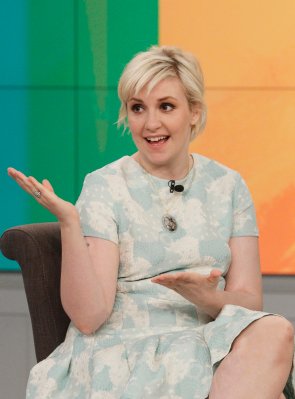 Lena Dunham to Adapt YA Novel Catherine, Called Birdy
Next Up: Editor's Pick