Google is reportedly leading a major investment into Magic Leap, a virtual reality company that’s building a hyper-realistic 3D experience. Magic Leap’s technology appears to create an independent 3D object within a real environment, and if the company’s promotional video above is any indication, the results are stunning.

Magic Leap CEO Rony Abovitz has said the company is working on “what we believe will be the most natural and human-friendly wearable computing interface in the world,” according to re/code. The technology, says Magic Leap, will create a more realistic 3D environment than current technologies like those used by Oculus Rift, a 3D headset company bought by Facebook this year in a $2 billion deal.

While Oculus Rift creates a flat, floating image at a set distance, Magic Leap makes it look as if there’s a 3D object on top of the real world, likely projected from glasses on the wearer’s face. Google is leading what may be a $500 million round of funding in Magic Leap, re/code reports, citing anonymous sources.

The New York Times reported in July that Magic Leap is using a digital light field with information that includes a scattering of light beams and the distance of objects. 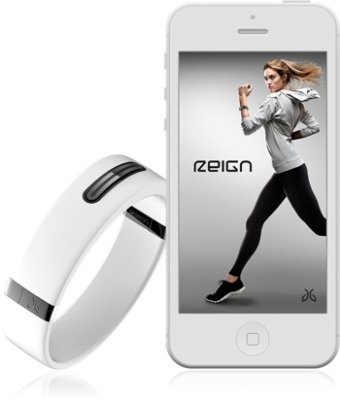 New Activity Monitor Tells You When It's Optimal to Start Exercising
Next Up: Editor's Pick