The Comic Book World Is Getting Safer for Women, But the Gaming World Isn't

After years of women enduring sexual harassment at comic book conventions while dressed up like their favorite characters, fangirls are finally starting to feel comfortable cosplaying. This past weekend, New York Comic Con made great strides in creating a safe environment for women by introducing an anti-sexual harassment campaign.

Though many think of Comic Con as a geeky boys club, women make up 47% of comic book readers and nearly half of convention goers at large cons like those in New York and San Diego. But the rise in attendance by women (and panels and events featuring women) has coincided with an increase in complaints about men who stare, grope or take pictures with female con-goers without their consent.

“In 2013 at New York Comic Con, we had more harassment issues than we’d ever had,” says Lance Festerman, senior vice president of ReedPOP, which oversees New York Comic Con. Festerman’s team realized they not only needed to improve their strategy on how to handle such issues, but that they had an obligation to education visitors as to what was and was not acceptable behavior.

New York Comic Con was not the only convention with problems. In July, over 2,600 women signed a petition created by a group called Geeks for CONsent demanding that San Diego Comic Con—the biggest comic convention in the world, which is heavily attended by women—adopt no tolerance policies. They coined the slogan “cosplay ≠ consent” to emphasize to convention goers that just because women dress up in costumes (and are potentially scantily clad in a uniform that mirrors that of a character) does not mean they want to be ogled or fondled.

Though San Diego Comic Con has yet to change its policies, New York Comic Con organizers decided to make a change this year. They partnered with The Mary Sue, a woman-friendly geek culture site, who in turn crowdsourced feedback on the convention’s proposed guidelines. Once New York Comic Con had determined a strategy, the runners asked comic book artist Amy Reeder to create posters for their campaign and adopted a slogan similar to the one that had spread through social media chatter at San Diego Comic Con: “Cosplay Is Not Consent.” Signs throughout the convention hall read: “Please keep your hands to yourself. If you would like to take a picture with another NYCC fan, always ask first and respect that person’s right to say no.”

The convention also created a module on their mobile app that allowed con-goers to report incidents of sexual harassment to the convention’s security team and receive an immediate digital or in-person response. They had a zero tolerance policy, which meant that fans caught touching, taking pictures of or stalking other con-goers were immediately removed. The result? They cut the number of reported incidents in half, down to eight.

“Any incident is too many, but we made it easier for people to report incidents to us,” says Festerman. “Hopefully the fact that the number of incidents went down either means that the propaganda campaign reminding people to behave like civil adults worked or, even better, people were just humane, good people.”

Comics still have a long way to go when it comes to including women in the actual content they publish. Even now that Thor is a woman and a movie based on a female heroine from the Spider-Man universe is finally underway, women still make up only 29.3% of DC characters and 24.7% of Marvel characters, according to the calculations of FiveThirtyEight. But convention runners believe creating a safe environment at Comic Cons is a good first step: the more female voices that can participate in the conversation, the more representative comics will become.

Could this mean that the nerd boys’ club is kaput? It may be soon in comics. But it certainly is not in gaming, a world where many comic book enthusiasts also reside: nerd icons like Wil Wheaton (more on him later) participate in and comment on both universes.

Though not all gamers enjoy comics and vice versa, as a coworker of mine who attended New York Comic Con put it, “There’s definitely overlap in the Venn diagram.” But while comic book conventions are embracing women, in the gaming world, a small but vicious minority of gamers still perceive women as a threat (even though studies show they make up 48% of digital gamers). This sentiment is embodied by the #GamerGate movement, who claim they want change in the ethics of gaming journalism but in practice have been viciously attacking women who design or critique games. This group claims that women criticizing misogyny in video games will lead to the death of the gamer and that (largely young, white and male) gamers are under attack. (Check out Vox’s excellent explainer on the complicated, ongoing #GamerGate developments.)

The hostility generated by this movement has unfortunately forced many women out of the gaming and gaming journalism industries. Game developer Zoe Quinn has been driven from her house by death threats from an organized campaign of gamers on 4chan, Reddit, YouTube and various IRC channels. Meanwhile, game critic Anita Sarkeesian, who hosts a popular YouTube show called Feminist Frequency, has become the target of vitriol. On Wednesday morning, she cancelled a speech at Utah State University about the portrayal of women in video games because someone sent an e-mail to several school staffers threatening “the deadliest school shooting in American history,” if she were allowed to present. And, prior to that, someone even created a game in which she players can beat her up.

The debate over where women belong in the gaming world has reached a fever pitch, and Amanda Marcotte at Slate suggests that maybe the gaming world can learn something from the comic book world.

But while the comic book world can be (in part) controlled by writers and editors of comic books, those who run comic book conventions and even those in the movie industry, the gaming world has been hijacked by misogynists on the Internet. And nobody controls the Internet trolls.

Just look at geek icon Wil Wheaton’s response to harassment at Comic Con versus harassment in the gaming world. The Star Trek vet tweeted his support for the cosplay ≠ consent movement during San Diego Comic Con: “Be polite. Be respectful. Don’t be a d***.” Wheaton speaks to potential harassers directly: he thinks he might be able to have an impact on people’s actions when they come face-to-face with a woman at Comic Con.

Compare that plea to the way he weighed in on the misogynistic attacks on women in the #GamerGate discussion: “I have never, in my life, been ashamed to call myself a gamer. Until now. These misogynist little s***bags are a disgrace to our community. All of us who care about gaming need to step up and save our community, while there is still something about it that’s worth saving.” Both the Cosplay Is Not Consent movement and Wheaton assume that in real life, people are capable of being decent human beings when pushed to do so. Not so for those who roam anonymously on the Internet: Wheaton appeals not to them but to “those of us who care about gaming” and aren’t “little s***bags.”

Trying to reason with an Internet troll is a herculean task. Sure, uber-famous nerd idols like Joss Whedon can throw their support behind Feminist Frequency. But on the Internet—where nobody clicks links, takes the time to listen to rational arguments or is forced to confront the person they are telling to get raped or die—tweets rarely change minds.

Since the #Gamergate conversation (and much of gaming itself) happens online and not in a face-to-face context, Comic Con cannot necessarily be a roadmap for gamers like Wheaton who want to save the industry from a further descent into ugliness. What we can learn from Comic Con is that the people in charge have to take a stand: whether its writers, convention organizers or big game designers. Right now, the video game industry is being held hostage. It will take big companies being willing to lose (sexist) customers for women to win their place in the gaming world. 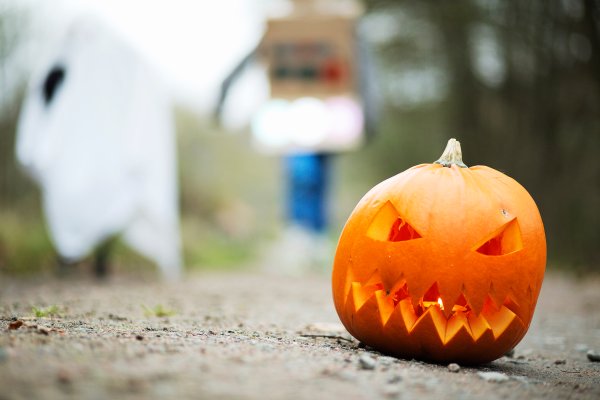