Jennifer Lawrence Starred In a Movie, and You Can't See It

Actress Jennifer Lawrence poses for photographs during the photo call for the film Serena, as part of London Film Festival, at the Vue cinema in central London, Monday, Oct. 13, 2014. (Photo by Joel Ryan/Invision/AP)
Joel Ryan—Joel Ryan/Invision/AP
By Daniel D'Addario

A new Jennifer Lawrence movie, since her breakout in Winter’s Bone, means that fans should either get ready for an Oscar campaign (she won the prize for Silver Linings Playbook and was nominated for American Hustle) or for long lines at the multiplex (her two Hunger Games and two X-Men films have all been major hits). There’s no surer bet than casting Lawrence in your film. But apparently that wasn’t enough for the producers of Serena, the Lawrence movie whose long delay has been one of the great movie mysteries of the decade.

Serena, which stars Lawrence and Bradley Cooper, was shot in early 2012, before Lawrence and Cooper’s Silver Linings Playbook was released and before either of the pair were A-list fixtures. The movie is reportedly a drama about a femme fatale set against the backdrop of the North Carolina lumber industry during the Great Depression, and a difficult story to pin down: allegedly, director Susanne Bier was editing the film up until it was shopped to distributors in November 2013. At that point, the Hollywood Reporter printed that various production companies, including Fox Searchlight and the Weinstein Company, were interested in the movie, and that the Venice and Cannes Film Festivals “had reached out” about showing the film.

None of that happened; Magnolia Pictures, which bought the rights to the movie in the U.S., has not set a premiere date, and the film premiered at the relatively minor London Film Festival last night, where it got mixed reviews. Variety called the film “compellingly untidy” and “a far pricklier property than outward appearances might suggest,” while IndieWire called it a “moderately-sized trainwreck.” Even the relatively positive Variety review noted that despite the film’s upcoming U.K. release, it didn’t have completed credits.

The case of Serena is a peculiar one, and speaks in large part to how much Lawrence’s career has changed in the past few years. It’s difficult to imagine a movie with Lawrence attached getting made and left on the shelf for years today, because the project would be franchise fare or a safely awardable prestige drama. Lawrence has stayed remarkable as an actress, but, as someone with many people’s livelihoods riding on her, she may have become more risk-averse. A new Jennifer Lawrence movie, in 2014, wouldn’t require 18 months to get the editing just right, casting into question the whole endeavor. Its themes and setting would be amiably uncomplicated so as not to risk damaging a powerful brand. (Her next movie, her third with fast-working David O. Russell, is reportedly Joy, the story of the woman who invented the Miracle Mop.)

For what it’s worth, Jennifer Lawrence is terrific in the Serena trailer. It’s an alluring clip — especially for U.S. audiences, who have no sense of when they’ll be able to see the whole project. 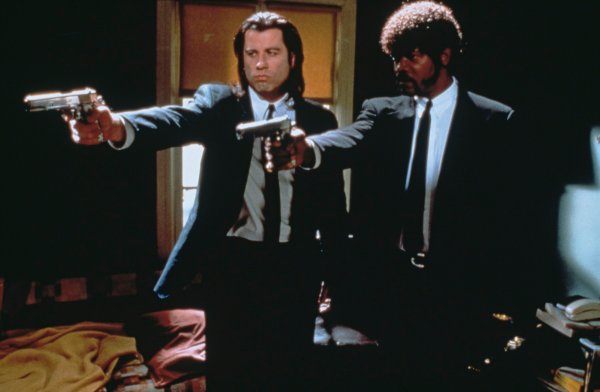