Teachers Unions Are Putting Themselves On November's Ballot

While many political power brokers have quietly agreed this year’s midterms are big snooze—boring, uncreative, and largely meaningless—the teachers unions stand out as a loud, insistent counterpoint.

The National Education Association (NEA), the nation’s largest teachers union, is on track to spend between $40 million and $60 million this election cycle, while the smaller American Federation of Teachers (AFT) plans to pony up an additional $20 million—more than the organization has spent on any other past cycle, including high-spending presidential election years.

While the issues at stake vary by state, a number of elections this cycle will hinge on a variety of education-related questions, including recent cuts to public schools, growing class sizes, Common Core State Standards, access to pre-K education and the availability of state-funded student loans for college. A June Rasmussen report found that 58% of total expected voters ranked education as “very important,” while local polls indicate that voters in Pennsylvania, Michigan, Kansas and Illinois rank education as among the top three most important issues this cycle.

NEA National Political Director Karen White called this election cycle “a perfect storm” for voters concerned with opportunities available to the next generation. “Public education has become a top-tier national issue for so many,” White said Tuesday. Meanwhile, AFT President Randi Weingarten said that she sees this year’s midterms as “the most important” in recent memory, and described a handful of state and local races as among the most “vicious” and “disingenuous” she’s seen.

The NEA Advocacy Fund is focusing most of its dollars on mobilizing grassroots campaigns—door-knockers, hand-shakers, and political ad buys—in at least a dozen states, including Kansas, Pennsylvania, Arkansas, Hawaii, and North Carolina. NEA president Lily Eskelsen Garcia has spent the last week personally campaigning for Democratic gubernatorial candidates Mary Burke in Wisconsin and Mark Schauer in Michigan, as well as visiting Arizona as part of an effort to mobilize Latino voters, a voting bloc that tends to see education as a primary reason for going to the polls. In the next three weeks, Garcia plans to return to Arizona and Michigan. She has also scheduled visits to Colorado, Florida, Pennsylvania, North Carolina and Maine.

Meanwhile, the AFT has prioritized races in six states: Pennsylvania, Michigan, Wisconsin, Florida, Connecticut and Illinois. Both the NEA and the AFT are expected to focus primarily on prying ambivalent, Democratic-leaning voters—so called “drop-out voters”—off their couches and into the voting booths.

Weingarten, who spent last weekend campaigning for Democratic Senator Mark Begich in Alaska, has also made multiple trips to Pennsylvania, where incumbent Republican Gov. Tom Corbett applauded the Philadelphia School Reform Commission’s decision last week to cancel its contract with the teachers unions. While some education reformers have applauded Corbett’s war on union contracts, which they argue divert cash from classrooms to teachers’ pensions, he still faces a tough race against Democratic challenger Tom Wolf. According to the most recent polls, Wolf is ahead by a slim but significant margin.

The NEA Advocacy Fund also has new ads this week in North Carolina, slamming Republican Thom Tillis on the issue of student loans. Tillis, who is challenging Democratic Senator Kay Hagan for her Senate seat, is nearly tied in the polls. Two more NEA ads went live today in Arkansas, where the battle between Republican challenger Tom Cotton and Democratic incumbent Mark Pryor remains a toss-up, and Hawaii, where the governor’s race favors Democrat David Ige by a narrow margin. 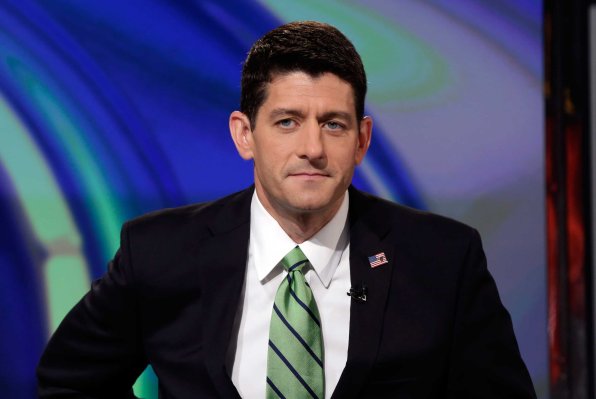 Paul Ryan Unsure on Climate Change
Next Up: Editor's Pick