iPad Predictions, Then and Now

With Apple rumored to be unveiling a new iPad Thursday at its Cupertino, Calif., headquarters, it’s a great time to look back at the company’s very first tablet — which, notably, was also the last new Apple device presented by late CEO Steve Jobs, who passed away within 2 years of the iPad announcement.

When Apple unveiled the iPad on Jan. 27, 2010, TIME, along with other media outlets, didn’t greet it as revolutionary. Instead, we thought it was all too familiar. The iPad “looks and acts exactly the way the tech pundits predicted: like a giant iPod Touch or iPhone,” we wrote in our Jan. 28, 2010 story on the reveal. Nor was the iPad the first device of its kind seen by the public; the general concept of a “tablet computer” had been around for decades, and as that TIME article notes, “more than three dozen tablets and related devices were shown at the annual Consumer Electronics Show in Las Vegas in early January,” several days before Apple’s event.

That said, Apple is legendary for its ability to create demand in a market where little was found before, as it did with the iPod. The iPad quickly became the best-selling tablet device, and it would take tablets running Google’s iOS competitor, Android, until 2013 to outsell the iPad in terms of raw volume.

What we’re seeing today, however, is flatlining demand for the iPad, perhaps because people don’t feel the need to upgrade their tablet as often as they do their phone — which, by the way, are devices that people still love, contrary to TIME’s 2010 comment that “with the iPad, smartphones have already begun to feel dated,” another prediction that missed the mark. Indeed, while Apple’s new iPhone 6 models are flying off the shelves, iPad sales are stalling.

Which brings us to Apple’s Thursday event, which should show the company trying to pour some gasoline on the iPad’s simmering fire. Even so, the world’s willingness to want an iPad has been proved — these days, the predictions these days are less about whether anyone needs a tablet than about the bells and whistles that might make someone want this one in particular: one of the most hyped rumors is that the new iPad will come in gold. And contrary to broader predictions about the iPad, this one will be tested sooner rather than later: on Thursday at 10:00 Cupertino time. 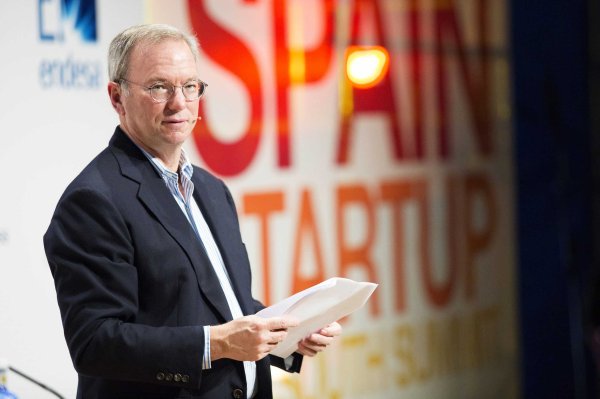