Why Euthanizing Ebola Animals Is a Dangerous Road to Go Down

Candles and a message reading 'Excalibur. You are free now. Rest in peace' lay on the ground in memory of dog named 'Excalibur' outside the apartment building, the private residence for Spanish nurse Teresa Romero who has tested positive for the Ebola virus on October 9, 2014 in Alcorcon, near Madrid, Spain.
Pablo Blazquez Dominguez—Getty Images
Ideas
By Lori Gruen
Lori Gruen is a professor and chair of Philosophy at Wesleyan University. She is the author of Ethics and Animals and is currently teaching her course “Humans-Animals-Nature.”

Last week public health officials in Spain euthanized a dog named Excalibur. The same day that the first person diagnosed in the U.S. with Ebola died in a Dallas hospital, a seemingly healthy dog that lived in Madrid with a nurse exposed to the virus, was killed.

What? A dog? Do dogs even get Ebola?

There is certainly reason for fear. My friends in the medical community report waking up with nightmares. And there is growing reproach about failures to act quickly enough. We in wealthy countries did not help, either financially or diplomatically, to ensure that public health infrastructures were in place in Liberia, Sierra Leone and Guinea, where more than 4,000 people have already died from the Ebola virus. Perhaps the lack of attention is because the outbreak has been most threatening to black bodies. But when the threat becomes real for white people in the U.S. and Europe, our attention and energy are mobilized.

The CDC is now changing screening protocols at airports and in hospital emergency rooms. That will help.

But why kill Excalibur? Teresa Romero Ramos, the Spanish nurse, contracted the virus after treating infected patients from Sierra Leone. She then went home and spent time with her husband and dog. Later, she was admitted to the hospital and tested positive for Ebola. Her husband, Javier Limon Romero, and several health workers have been placed under quarantine. Meanwhile, despite a petition signed by 400,000 people and protests from animal rights groups to spare their dog, Excalibur was euthanized.

Neither Javier nor Excalibur showed signs of being infected. And it isn’t clear that dogs can get or spread Ebola. There has been only one study done, and that was inconclusive. Dr. David Moore, of the London School of Hygiene and Tropical Medicine, told TIME, “there is absolutely no evidence to support a role for dogs in transmission” of the Ebola virus.

But surely caution is warranted.

The right thing to do would have been to isolate Excalibur and observe him, as was done to others who had been in contact with Teresa. But Spanish authorities weren’t thinking of Excalibur’s life as valuable or of how devastating his death would be to his family. They were thinking about what was expedient.

Many consider dogs, like most animals, disposable. Animal lives are thought to be worth less than those of humans. Rather than spend money or energy isolating a dog, it was easier, Spanish authorities decided, to kill him. And given how long it took the hospital to admit Teresa, it was unlikely they were simply acting with the utmost caution when it came to Excalibur. In the U.S., more than one million dogs are euthanized each year dogs that are inconvenient or unwanted are routinely disposed of.

The routine killing of animals diminishes not only their lives, but the toll that choosing euthanasia takes on people who live with and love animals. Ending the life of one’s animal companion because he is suffering is one of the most difficult decisions we as animal caretakers are asked to make. In addition to mourning the loss of a loved one, the decision often has painful reverberations: Was it the right time? Did I wait too long?

Taking someone’s life because it is expedient, because it is convenient, or because they are not the sorts of bodies that matter ultimately can serve to devalue all of our lives and relationships.

That Teresa and Javier’s relationship with Excalibur was not valued by public health authorities, and that their plea to save his life was not heeded, should be a cautionary tale. If authorities can come and kill your family members because it is expedient, then we may be heading down a path that is more frightening than the virus itself.

Fortunately, some authorities are choosing a more cautious route. In Texas, another nurse has just been infected. The people sent to decontaminate her home found her dog there. But rather than more killing, authorities have opted for compassion. This dog will be monitored.

It’s likely that the virus will cause much more damage before it’s contained. Rather than being driven by fear, I hope, collectively, we can refuse expedience and seek compassionate solutions across differences of race, geography and species.

Lori Gruen is a professor and chair of Philosophy at Wesleyan University. She is the author of Ethics and Animals and is currently teaching her course “Humans-Animals-Nature.”

Read next: Can Dogs (And Other Animals) Get Ebola? 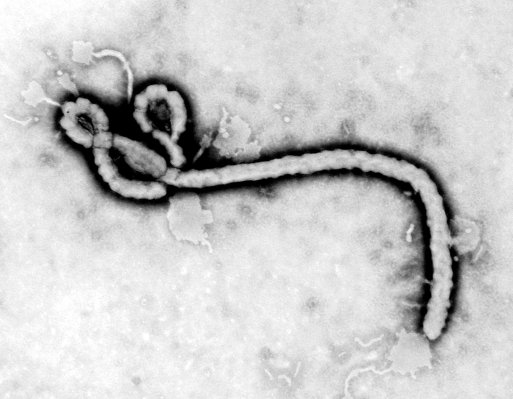 Ebola: The First Glimpse of a Virus
Next Up: Editor's Pick