Poverty the Biggest Factor in Whether Students Go to College

Income level is the greatest indicator of whether a high school graduate will attend college, according to a study released Tuesday.

The National Student Clearinghouse looked at more than 3.5 million graduates of public high schools over the past several years, and found that high school graduates from schools with more poor people are significantly less likely to attend college than their counterparts at schools with majority middle-to-upper-income level students.

At low-income schools, defined as schools where more than 50% of students qualify for discounted lunch programs, the college enrollment rate ranged from 47-58% in the fall following graduation. At schools that the study categorized as “high-income,” enrollment stood at 61-73%.

The study’s sample looked at college enrollment numbers from 2013 and 2012, though the sample pool included those that graduated high school from 2010-2013.

“This report draws with bold relief the disparities in college access that are aligned with income levels in our schools,” Daniel A. Domenech, head of the American Association of School Administrators, said in a press release. “As a nation, we must do all we can to address the educational challenges facing students at low-income schools.”

Schools’ location (urban/rural/suburban) and racial demographics were less correlated with college enrollment than income, the study found, but still played a part in the probability of student enrollment in college. Within the sample of higher-income schools, for instance, students from low-minority suburban schools were significantly more likely to enroll in college following graduation than students at high-minority urban schools. 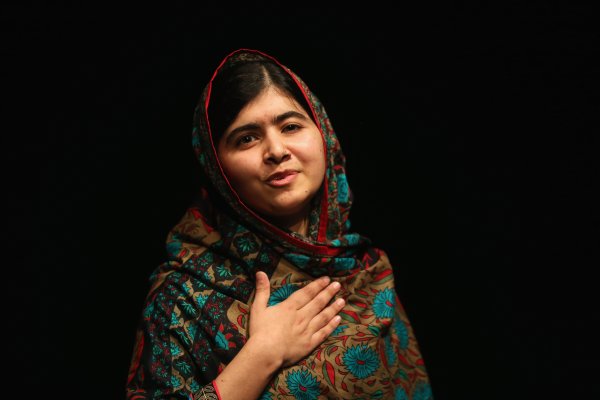 Why Malala Gives Me Hope
Next Up: Editor's Pick