For the four stories in Quentin Tarantino’s Pulp Fiction, which had its theatrical release 20 years ago on Oct. 14, 1994, here are four TIME articles tracing the movie’s progress from Cannes surprise to best movie of the year.

When it debuted at the Cannes Film Festival, the movie seemed to come out of nowhere, which I’ve reflected on in the past. As I wrote at the time, it was a shock to the festival’s system:

Miramax Films’ Harvey Weinstein — who picked up the movie when TriStar, the original distributor, balked at John Travolta character’s being a heroin dealer and user — hosted a press luncheon on May 23, 1994, at le plus posh Eden Roc restaurant. At outdoor tables in the blissful Riviera sunlight, Travolta, Bruce Willis, Uma Thurman and Samuel L. Jackson joined the 31-year-old writer-director to charm the critics. They knew, as we did, that they had a winner at Cannes and beyond. And though the smart money for the Palme d’Or was on Krzysztof Kieslowski’s Red, the Cannes Jury chaired by Clint Eastwood did the right thing and gave Pulp Fiction the festival’s top prize.

By the time the movie made it to theaters that fall, the signs were clear that the world had a phenomenon on its hands:

The intensity of the Pulp Fiction experience for that one viewer indicates how Tarantino’s movie polarized audiences; tepid reactions were simply not allowed. Filmgoers who thought they’d seen everything hadn’t seen anything with quite this scope, nerve and kick. In a totally ’90s way, it went medieval on the ass of the Zeitgeist. So everyone had to see it. Made for a frugal $8 million, the film grossed $108 million in North America and another $106 million abroad, back when that was real money. “I wanted it to look like an epic,” QT said of this, his second feature. “It’s an epic in everything – in invention, in ambition, in length, in scope, in everything except the price tag.”

Read TIME’s Oct. 1994 review of Pulp Fiction, free of charge, here in the archives: A Blast to the Heart

Pulp Fiction — a great title, by the way — perched proudly and deservedly atop the 10-best Cinema list that Richard Schickel and I compiled for TIME’s 1994 year-end issue.

But more than a few movie professionals were pretty f—in’ far from O.K. with it. At the New York Film Critics Circle, where some members took an anything-but-Pulp-Fiction stance, Robert Redford’s Quiz Show was named Best Film, though Tarantino got the Director and Screenplay prizes.

At the Oscars, Pulp Fiction’s rivals for Best Picture included Quiz Show, Four Weddings and a Funeral and The Shawshank Redemption (which had opened the same day as QT’s film). None of those won. The top prize went to Forrest Gump, whose broader, more genial appeal also made it the No. 1 box-office hit of 1994. Robert Zemeckis’s box of chocolates beat out Tarantino’s 200-proof Valentine sampler of cool old movies in a post-modern box.

About a decade later, Schickel and I would wrangle over many titles in our joint selection of the all-TIME 100 Movies, published in May 2005 — but Pulp Fiction was one of our easiest picks.

A trivia bonus track on the 2003 DVD release, which chats away in subtitles for almost the entirety of the movie’s 2 hours and 34 minutes — as if Tarantino were sitting with you offering a frame-by-frame analysis — explains how certain “mistakes” (the bullet holes behind Jackson and Travolta in the first story) might have been intentional. At the moment of Travolta’s needle resuscitation of Thurman, we get a “Reality Check” from the Trivia track: “Don’t try this at home, because it wouldn’t work.” (The needle would break, and so would the patient’s sternum.)

Tarantino has made other terrific movies before and after Pulp Fiction. Our favorite is the double feature Kill Bill Vol. 1 and Vol. 2, which is sprawling where Pulp Fiction was svelte. We also love large swatches of Reservoir Dogs, Jackie Brown, Inglourious Basterds and Django Unchained. And we drool in anticipation at The Hateful Eight, whose screenplay promises a Western showdown of comic or cosmic proportions.

But no film of the now middle-aged auteur can match the Shock of the New that Pulp Fiction administered in 1994. We envy those who see it now for the first time — a movie that remains young, smart, vivacious and extraordinarily, indeed coronarily, entertaining. 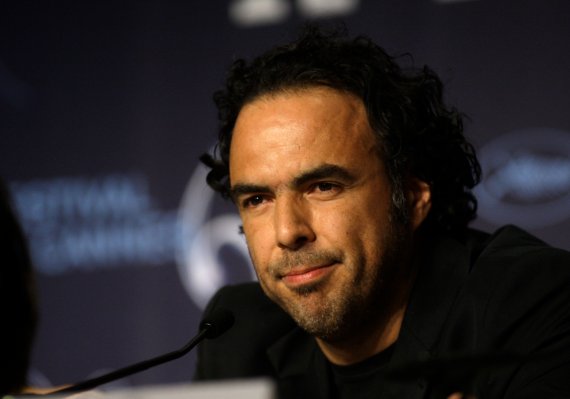