Paul Ryan Says Humans May Not Cause Climate Change

Rep. Paul Ryan, R-Wisc., is interviewed by Maria Bartiromo during her "Opening Bell With Maria Bartiromo" program on the Fox Business Network, in New York City on Sept. 29, 2014.
Richard Drew—AP
By Justin Worland

The jury is still out on whether humans cause climate change, Republican Rep. Paul Ryan said at a debate Monday.

“I don’t know the answer to that question,” Ryan said, in response to a question about whether humans are responsible for the warming of the planet. “I don’t think science does, either.” His remarks were reported by the Associated Press.

Ryan, who is running for reelection in southern Wisconsin against Democrat Rob Zerban, argued that “we’ve had climate change forever” and that proposals to stem climate change are expensive and will not guarantee results. Zerban said humans are to blame for climate change and need to address the issue.

The exchange was a heated moment in a wide-ranging debate that included foreign affairs and the economy. Ryan is widely expected to hold his seat in the GOP-leaning district. 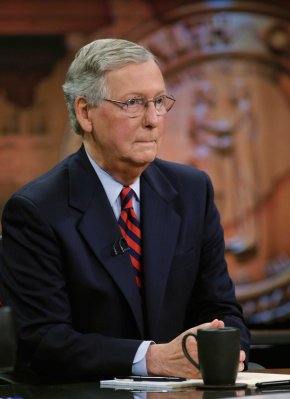 McConnell Slams Opponent for Staying Mum on Obama Vote
Next Up: Editor's Pick