One of TIME’s most influential teens is taking her not-so-flattering South Park spoof in stride. According to a recent episode of the show, Lorde as we know her is not actually Lorde, but instead a grown, mustachioed adult male named Randy Marsh, who doesn’t really sing so much as he goes “ya ya ya ya ya” a lot. (Guess we have to take her off our list.)

But during an interview with New Zealand’s TV3, Lorde revealed that not only had she watched her South Park portrayal, she also enjoyed the song “Lorde” sings. “We actually, in my hotel room, went ‘Ya ya ya ya ya I’m Lorde! Ya ya ya!’ for like an hour, because that’s what they do on the episode,” the 17-year-old explained. And from that interview, a generous user of the Internet created this oddly catchy YouTube video, which, to no one’s surprise, has already been given the dance remix treatment. 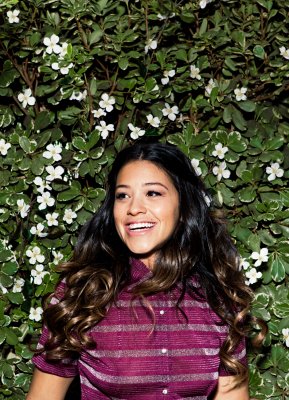 5 Things to Know About Jane the Virgin
Next Up: Editor's Pick