Toward a Different Kind of World

The challenges Pope Francis faces are gigantic. Beyond his intended cleanup of the central governance of the Church, beyond making its finances more transparent—both of which are essential if the gospel is to be spread throughout the world—he has many other issues to deal with. These revolve around putting into practice the rich outcomes of the Second Vatican Council that have yet to be realized: greater collegiality, more synodality in the decision-making process of the Catholic Church, and decentralization.

Sooner or later, however, he will also have to tackle burning issues such as the situation of divorced people who have remarried and the ordination of married men (viri probati) to solve the problem of the shortage of priests—as well as reconsidering the role of women and laypeople in the life of the Church, and perhaps also the obligation of clerical celibacy…

The pope’s creation of the advisory council of eight cardinals that must help him reform not only the Roman Curia but also assist in the governance of the universal Church confirms the determination of Pope Francis to advance in a collegial way, listening through its members to the voices of the bishops. The pope also intends to proceed in a synodal way: the word synod derives from the union of two Greekwords, syn, “together,” and odòs, “journey.”

Although the concept of synodality is an old one for the Church, it has fallen by the wayside in recent decades. With power ever more centralized in Rome, although synods of bishops have taken place, they have not been listened to by the Vatican. “Decentralization is urgent because, as we have seen… all the minutiae of church life around the world, its cultural manifestations, and its diversity cannot be controlled and directed from a central point,” argues the Archbishop Emeritus of San Francisco, John R. Quinn, president of the American Episcopal Conference from 1997 to 2000.

His thinking coincides with that of Cardinal Cormac Murphy-O’Connor, Archbishop Emeritus of Westminster, London, who, when speaking of the changes the Church most urgently needs, stressed the importance of the principle of subsidiarity and the need for its implementation. “There are many issues that can and should be decided at the local level. There are issues that are often sent straight to Rome when, in fact, they could be analyzed and resolved by local bishops. The principle of subsidiarity is very important, and implementing it would help the Church with its mission,” he insists.

“The Eurocentrism of the past few centuries has definitely come to an end. In the new context, the unity of the Church can only be a unity in plurality and a plurality in unity. This state of affairs does not diminish the role of the Petrine ministry as a sign and instrument of unity; but it does require that the notion of collegiality be brought up to date, as was intended by the Second Vatican Council. The new council of cardinals from every continent is a step in that direction,” states Cardinal Kasper.

Pope Francis, advancing with determination on this road, on January 12, 2014, announces the names of the nineteen new cardinals that he will create at his first consistory in February. His choice indicates a clear desire to correct the imbalance of Europeans (especially Italians) and North Americans in the College of Cardinals and to reduce the number of Roman Curia officials who get the red hat. At the same time, he gives a greater voice to the churches of the Southern Hemisphere, including those in Latin America. In particular, he pays special attention to the peripheries of the world, areas hit by poverty and conflict. Thus, he gives red hats to Church leaders in Haiti, Nicaragua, Burkina Faso, the Ivory Coast, and Mindanao in the Philippines….

According to Quinn, the ad limina visits—obligatory meetings between bishops and the pope, during which each bishop reports on the state of his diocese—that take place every five years have not been very useful either. On these visits, bishops from all over the world visit different departments of the Vatican and meet the Holy Father.

“It would have been different if the [former] popes had used the ad limina visits to meet with the bishops individually, in private, and say, for instance, ‘Tell me, what do your priests think of the encyclical I’ve just written? Have they said anything? How have they reacted to the text?’ Or ‘What’s the biggest problem you encounter in teaching the faith? Do you think you have enough priests celebrating Mass in your parishes? What do you think we should do to solve this or that?’ The truly important issues never get talked about in ad limina visits,” says Quinn. . . .

“The Roman Curia has a long history, and in the past it has had to adapt to new situations, challenges, and needs. Many in the curia carry out their work competently and efficiently, with great modesty. Blanket criticism would be unfair. But like the Church, the curia, too, must constantly renew and reform itself. It isn’t—and can’t be—an intermediate level of governance between the pope and the bishops,” argues Cardinal Kasper. Will Francis run into resistance in the Roman Curia? “Of course, it’s only normal, but there is a sense of awareness, which is more or less shared by all, that some changes are inevitable and necessary.” . . .

When Gian Guido Vecchi, the Vatican expert at Corriere della Sera, asked Pope Francis about the delicate issue [of divorce and remarriage], he said it was a complex issue but one that should be analyzed and reconsidered.

“It’s a topic people always ask about. Mercy is greater than the case you mention. I think that this is the time for mercy. This change of epoch, when the Church is having so many problems, like corruption or clericalism, for instance, has left many wounded. And if the Lord doesn’t tire of forgiving us, we have no other choice: take care of the wounded, before all else. The Church is our mother and must walk the path of mercy. She must find mercy for everyone. This is a kairos—a moment—for mercy,” says the pope. . . . After observing that the Orthodox churches have different practices, he also admits that the problem needs to be analyzed within the context of pastoral care for marriage.

[The pope commented in one interview]: “My predecessor [as Archbishop of Buenos Aires], Cardinal Quarracino, used to say that half of all marriages were null because people get married without being mature enough to do so, without realizing it’s for life, perhaps for social reasons. And all this comes into the pastoral care of marriage.” . . .

Elisabetta Piqué is the Vatican correspondent for La Nacion, Argentina’s premier newspaper, and author of Pope Francis: Life and Revolution, out Wednesday. 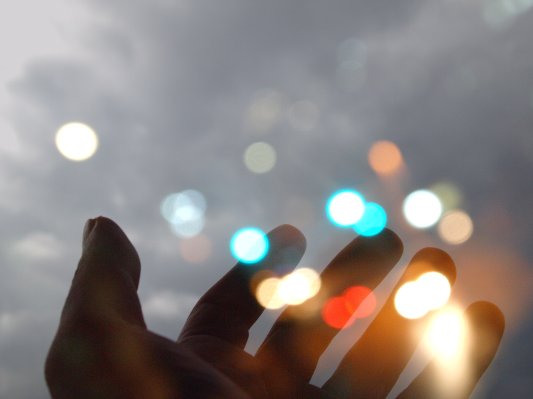 10 Positive Habits That Could Change Your Life
Next Up: Editor's Pick