What is going on in New Hampshire? You’d think the state with the first-in-history all female delegation—both senators, both House members and the governor—would be more enlightened, or at least more sensitive, when it comes to female candidates.

First, State Rep. Steve Vaillancourt, a Republican, wrote a blog post that sounds more like it was written by a blog troll, than an actual author. In it he compares the looks of the two candidates for New Hampshire’s Second Congressional District: incumbent Democrat Annie Kuster and challenger Marilinda Garcia, a 32-year-old Republican. He goes so far to call Kuster, a 58-year-old mother of two, a drag queen.

Unlike Vaillancourt, New Hampshirites don’t seem to judge their candidates by appearance since Kuster is ahead in most polls and the non-partisan Cook Political Report has the seat “leaning Democratic.” Garcia, of course, put out a statement disavowing Vaillancourt’s remarks:

Then former Massachusetts senator Scott Brown, who is challenging Sen. Jeanne Shaheen for her seat, proved definitively that alcohol, college kids, politics and cameras are a toxic mix for any candidate. According to a video posted by the New Hampshire Democratic Party, Brown had to ignore lewd and sexist heckling about his opponent and Elizabeth Warren, to whom Brown lost his Massachusetts Senate seat in 2012.

Brown appeared not to hear repeated shouts of “F**k Jeanne Shaheen!” “Elizabeth Warren sucks!” and “F**k her right in the p***y!” Apparently, there’s clearly something in the water in New Hampshire. 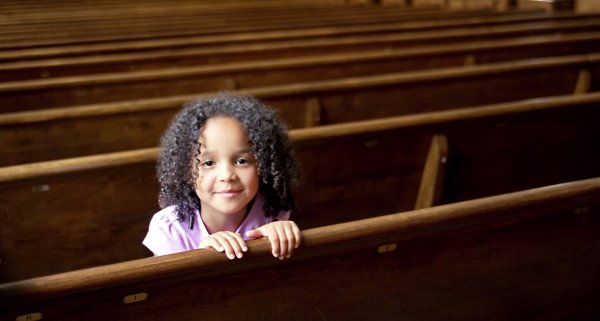 Here's the Cutest Ad of the 2014 Cycle
Next Up: Editor's Pick