Activist Cornel West (2nd R) is detained by police during a protest at the Ferguson Police Department in Ferguson, Missouri, October 13, 2014.
Jim Young—Reuters
By Nolan Feeney

Author, activist and academic Cornel West was arrested Monday in Ferguson, Mo., amid continued demonstrations demanding justice for Mike Brown, the unarmed black teenager who was killed by a white police officer on Aug. 9.

Boston-based minister, activist and author the Rev. Osagyefo Sekou was also arrested, MSNBC reports. Earlier in the day, more than 1,000 protestors took part in a sit-in at the campus of St. Louis University.

The events occurred during a “weekend of resistance,” organized to protest “the epidemic of police violence facing Black and Brown communities.” Earlier this month, another black teenager in the St. Louis area named Vonderrit Myers, Jr. was killed by a white police officer.

Although there were more than a dozen arrests over the weekend, as well as accusations that police used excessive force, overall the protests were mostly peaceful compared to the ones that gained national attention in August, where tear gas was used on citizens and many more arrests, including of members of the media, occurred. 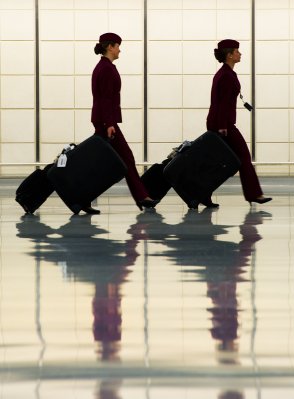 Flight Attendants Sue to Have Devices Stowed Away
Next Up: Editor's Pick