Listen to Taylor Swift's Hypnotic New Song 'Out of the Woods'

Taylor Swift rang in her most recent album era with “Shake It Off,” a cheerfully flip pop confection that reads as an act of defiance to everyone from the haters to country-radio programmers. For “Out of the Woods,” the second offering from her upcoming LP 1989 (out Oct. 27), Swift’s rebellion takes a slyer shape, and a darker one.

Swift wrote the song with fun.’s Jack Antonoff, and the sounds of his ’80s-inspired solo project Bleachers reverberate here: a distorted vocal sample, crunchy drums, echoing harmonies. Lyrically, though, it’s still classic Swift, capturing the anxiety of a volatile romance with poignant little details — there are paper airplanes flying, and Swift and her would-be-beau have to move the furniture so they can dance; and, of course, there’s that much-discussed bridge about an accident that landed the unlucky couple in the hospital.

But it’s the furious chant of that anthemic chorus, all breathless urgency, and the left-of-center production that help Swift perform the niftiest sleight of hand: Even with lyrics that include some of her most headline-grabbing autobiographical admissions to date, the most interesting thing here isn’t who it’s about, but rather, how different it sounds.

Read next: Taylor Swift Finally Explains Why She’s a Feminist and How Lena Dunham Helped

Most Popular on TIME
1
Why Has GameStop's Stock Gone Up So High Recently?
2
Joe Biden's Sign Language Interpreter Has Ties to Far Right
3
What Rand Paul’s Procedural Failure Says About Donald Trump’s Survival 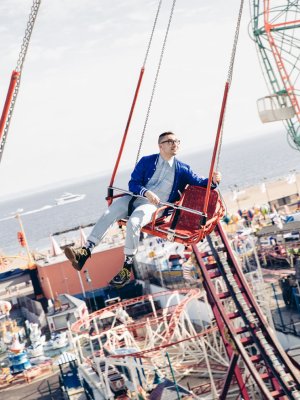 Why Jack Antonoff of Bleachers Loves Writing Pop Songs
Next Up: Editor's Pick