Ebola: The First Glimpse of a Virus

On Oct. 13, 1976, exactly 38 years ago Monday, Frederick A. Murphy, a CDC virologist and expert in photographing viruses peered into a microscope and saw what he describes today as a “dark beauty — [a] horror.”

It was the Ebola virus — and it had never been seen until that moment.

Just a few days earlier, the Centers for Disease Control and Prevention (CDC) had been delivered a box of specimen from Zaire, where an outbreak of what was thought to be Marburg virus was occurring. The tubes containing the blood and specimens of infected patients had shattered, but Patricia Webb, a CDC virologist, put on gloves and managed to squeeze a drop of the fluid from cotton that had been surrounding the specimens into a tube of monkey kidney cells. A few days later, the monkey cells looked damaged, and Webb gave Murphy a drop of the fluid to process under the microscope.

“My memory is full of that day,” says Murphy who is now a professor of pathology at the University of Texas Medical Branch at Galveston. “As soon as I looked in the microscope I saw the filamentous virus particles everywhere. This is the weirdest virus we have ever seen.” At the time, Murphy was the only expert at CDC who had looked at another virus called Marburg — only three people had been allowed to study it because it was so dangerous, and two had left the agency. Murphy at first thought the virus might be Marburg, since no other viruses looked like what he was seeing. (Marburg and Ebola are related viruses that cause hemorrhagic fevers; many viruses are typically rounder in shape.)

Murphy called Webb and Karl Johnson, head of CDC Special Pathogens (who would later fly to Zaire and lead a team in containing the outbreak) to come look at the virus. “They were just as flabbergasted as I was,” Murphy recalls. “That’s when the hairs stood up on the back of my neck.”

“The appearance of the virus particles themselves is extraordinary. The pathology of the disease is extraordinary — it’s so damaging and so quick. Then you add the mystery that for 30 years we didn’t know where it lived in nature,” says Murphy. “What’s going on today in Africa just adds to the horror of it.”

Murphy shot some images of the virus in the microscope. Those pictures are still the most commonly available images of the virus, including the photo included in this post and a brightly colored version he created. The trio immediately took the prints past the various levels of bureaucracy and straight to the director of the CDC at the time, Dr. David Sencer. After a couple of hours and additional tests, Webb came in and confirmed that the virus was not Marburg, but something entirely new — what would eventually become known as Ebola, named after the Ebola River in Zaire (now the Democratic Republic of the Congo).

“In my years at CDC, which I am proud of, we were looking at infectious diseases and agents that could have caused serious illness or death. It proved that we were not butterfly collectors,” says Murphy, who says that he agrees with NIH director Francis Collins that if it were not for budget cuts, a vaccine would already by ready. “I don’t understand what it takes to get the public’s attention.”

The current Ebola virus has been raging for around seven months now. So far it has infected 8,011 people and killed 3,857 in Liberia, Sierra Leone and Guinea. 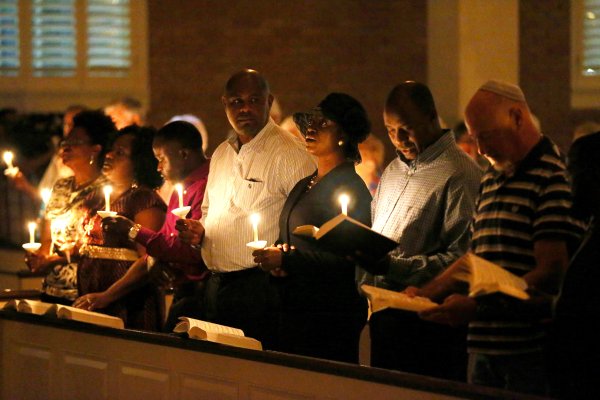