People hold candles during a prayer vigil and memorial at Wilshire Baptist Church for Thomas Eric Duncan after he passed away from the Ebola virus on October 8, 2014 in Dallas, Texas.
Joe Raedle—Getty Images
Ideas
By Lorraine Sherman Mason
Lorraine Sherman Mason was born and raised in Liberia, and lives in Bellaire, Texas. She is the executive director of the Martha M. Wright Foundation, a freelance writer and author of Sassywood Man, A Journey of the Self and Yes, Jesus Loves Me, a contribution piece to the book of the same title.

When news broke that a patient at the Texas Health Presbyterian Hospital was diagnosed with the deadly Ebola virus, Liberians across the globe held their collective breaths, hoping and praying that it wouldn’t be one of us. Postings on social media quickly switched from the effects of Ebola on friends and family back in Liberia to disappointment that, of the three countries most impacted by the virus, the patient at Presbyterian was a Liberian—one of us. We waited to learn whether it was a familiar name. Thomas Eric Duncan would soon enter our psyche, becoming a household name and forever associating Liberia with the thrust of Ebola worldwide.

Duncan was coming to the U.S. from a nation that, over the decades, has become a shell of itself, so much so that when the pandemic of Ebola rested on its doorsteps, it was unable to tackle the effects on its most underserved. As the world became inundated with news of deaths and images of a people without hope—lying in wait for something, anything, to change their fate—Duncan got a long-awaited opportunity to escape the underbelly of Liberia in its current state, if even just for a short period.

So as the world was glued to the first diagnosed case of Ebola on American soil and emotions ran amok, Liberians hoped that Duncan, much like Dr. Kent Bentley and Nancy Writebol, was in the right place at the right time to win his battle against Ebola. After all, this was the United States, the hub of medical technology and where phenomenal things happen. And despite being spotlighted in a most unflattering way—reports about Duncan’s socioeconomic status and that he had not reported contact with a person possibly sick with Ebola—the Liberian community threw its support behind Duncan.

As prayers and empathy for Duncan and his family streamed down social media feeds, Liberians cringed at the manner in which we as a people and as a nation were represented to the world. The media aired unbalanced images of poverty and deaths that the world has too often come to associate with Africa. It then became as much about Duncan and his illness as about us as Liberians. It was personal. We are one and the same, and at this time, Liberians feared not being aptly represented. We were most concerned with the stigmatization associated with that misrepresentation.

Against this backdrop, Liberians began to question the perceived differences in the media coverage and medical treatment of America’s first Ebola patient. Initially, there was hope that Duncan, like others before him, would be cured and would return home to his loved ones. That hope was dashed when reports surfaced that he was in critical condition and on life support. Why was he not on the trial drug ZMapp or a candidate for blood transfusion, as in other cases? The CDC said that Duncan didn’t receive ZMapp because of depleted resources, and hospital doctors said that Duncan’s blood type wasn’t compatible for a transfusion. Speculations and conspiracy theories began to mount through Facebook posts and discussions amongst Liberians and sympathizers that Ebola might be manmade and that the trial drugs were intended only for whites stricken by the virus. Even Liberia, with its crippled medical system, had seen quite a few Ebola survivals. It brought to bear discussions about the difference in treatment.

Duncan was visiting North Dallas, a part of the city fraught with resettled immigrants and low-income minorities. Texas Health Presbyterian Hospital is not unfamiliar with patients like Duncan: immigrant and uninsured. So when he came seeking medical attention, indicating that he was from Liberia without punctuating his assertion with the possibility of Ebola, he was perhaps perceived as another uninsured patient seeking medical care through the emergency care system.

Duncan’s death leaves many unanswered questions about why he might not have received immediate care. Opinions are mixed as to whether he received comparable care to other patients treated in the U.S. As many call for an inquiry into his treatment at Texas Health Presbyterian Hospital, medical records the family provided the Associated Press have revealed what played out on Duncan’s first visit to the emergency room, including a 103 degree temperature.

Overwhelmed by Duncan’s sad and unexpected ending, Liberians must now turn their focus to living a new normal as we grapple with life as Liberians in America.

Lorraine Sherman Mason was born and raised in Liberia, and lives in Bellaire, Texas. She is the executive director of the Martha M. Wright Foundation, a freelance writer and author of Sassywood Man, A Journey of the Self and Yes, Jesus Loves Me, a contribution piece to the book of the same title. 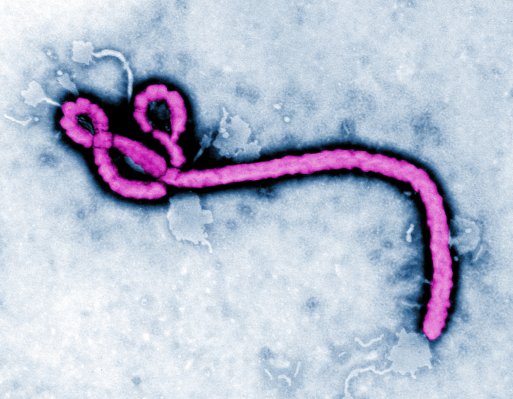 America Must Prepare for Ebola Refugees
Next Up: Editor's Pick