Who is Buying the Islamic State’s Illegal Oil?

Syrian petroleum is being wasted due to the clashes between Islamic State of Iraq and Levant (ISIL) and Kurdish armed groups. A general view of the wells is seen on September 25, 2014.
Anadolu Agency—Getty Images
By Chris Dalby

In June 2014, computer files captured from a courier for the Islamic State shortly after the fall of Mosul revealed that the group had assets of $875 million, largely gained in the sacking and looting of Mosul and its central bank.

The size of the group’s bank account has now risen to an estimated $2 billion dollars, thanks in part to revenues from ransom paid for kidnapped foreigners and more pillaging. However, oil remains the group’s primary source of income.

The 11 oil fields that IS controls in Iraq and Syria have made it a largely independent financial machine. Reports show that IS-controlled fields in Iraq produce between 25,000 and 40,000 barrels of oil per day, at an estimated value of approximately $1.2 million, before being smuggled out to Iran, Kurdistan, Turkey and Syria.

That doesn’t account for revenue from oil fields that IS has held much longer in Syria, which take the Islamist group’s daily profit to just under $3 million.

But if the regional narrative of IS’s rise is to be believed, the group is universally loathed. How, then, is it so readily finding customers to buy its oil abroad?

Oil smuggling is hardly new in Iraq and Syria — Iran and Turkey have been major conduits for illegal oil exports since the days of Saddam Hussein. Those smuggling rings are still very active, and are now working with IS and contributing to its exploding wealth.

In an interview with CNN, Luay al-Khatteeb, the director of the Iraq Energy Institute, explained that “IS smuggles the crude oil and trades it for cash and refined products, at a refined price,” thanks to its own refineries in Syria.

One important reason that smugglers have been so eager to work with IS is that the terrorist group sells its oil on the cheap. A barrel of oil that would ordinarily sell for over $100 can be discounted as much as 75 percent. But it’s still a profitable sale for IS, as the money it loses from such a discount is more than made up for by the readiness of customers to buy its oil and the plethora of routes through which it can export it.

“The crude is transported by tankers to Jordan via Anbar province, to Iran via Kurdistan, to Turkey via Mosul, to Syria’s local market and to the Kurdistan region of Iraq, where most of it gets refined locally,” Khatteeb explained. “Turkey has turned a blind eye to this and may continue to do so until they come under pressure from the West to close down oil black markets in the country’s south.”

One of the more terrifying aspects of IS’s newly found wealth is that it is no longer based on the traditional donor model, in which rich sympathizers in the Middle-East and the West pour generous funds into training and capacity-building of fresh jihadists. IS’s goal has always been to form a caliphate, and although no country would recognize it as such, it is running the territory it conquers as a state, albeit through illegal means; IS is pumping, refining and selling oil, just like any other petro state.

What’s more, now that it controls fertile provinces in western Iraq, such as Anbar and Nineveh, the group also now sits on 40 percent of Iraq’s wheat crop, and can force farmers to deal only with them, sometimes for no pay. Baghdad is now worrying about a medium-term food crisis, since 20 percent of its stores are in IS-held territory and thousands of farmers have fled.

Related: Eliminating The Scourge Of Islamic State In Iraq

Clearly, there’s a stark difference between the financial operations of IS and those of Al-Qaeda and other international terrorist organizations. U.S. President Barack Obama recently admitted that his administration and the intelligence community had underestimated IS, which now looks like a nightmare to Washington.

The group has captured American military-grade weaponry and equipment and freed from jail former soldiers who know how to use it. It is independently rich but operates outside the normal fiscal system, which means conventional financial sanctions can’t touch it. It has set up its own illicit trading networks in an area it controls with an implacable totalitarianism. It effectively combines political terror, religious zealotry and financial muscle to bend local populations to its will.

IS’s powerful economic engine may not guarantee that it will one day peacefully rule the territory it claims, but $3 million a day more than assures that it can continue financing its fight to do so. 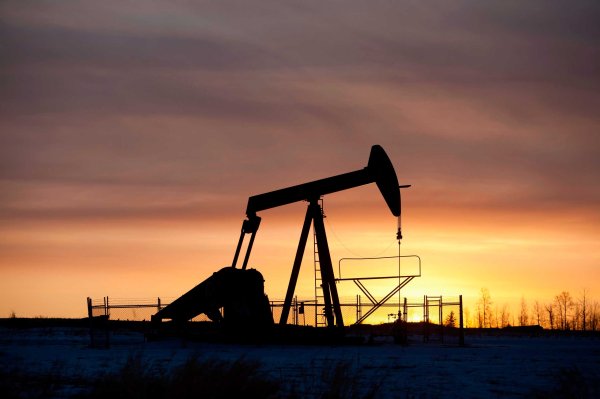 Oil Prices Drop to Three-Year Low
Next Up: Editor's Pick