One of Burger King’s latest ads (above) features a slightly unhinged, brown-haired man yelling at innocent passersby on the street. But according to comedian Billy Eichner, host of Billy on the Street on Fuse, there’s only room for one slightly unhinged, yelling street interviewer.

Eichner, who has even gotten David Letterman to exchange a few screams, took to Twitter Sunday night to accuse Burger King of ripping off his signature schtick — in an overall unfunny rip off:

Eichner fans — including celebrities — have tweeted out their displeasure:

Burger King and Horizon Media, the ad agency credited with making the spot, did not immediately respond when asked for comment.

This isn’t the first time a big company has been accused of ripping off an artist’s act. In September, the band OKGo alleged that Apple copied the visual effects used in its VMA-winning music video The Writing’s on the Wall in a recent ad. 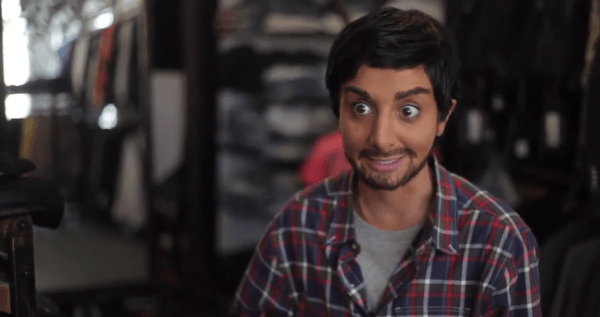