A fighter from the Islamic State in Iraq and Greater Syria (ISIS) waves a flag in Raqqa, Syria on June 29, 2014.
Reuters
By Charlotte Alter

The militant group Islamic State of Iraq and Greater Syria (ISIS) appeared to defend its enslavement of women on Sunday in the latest edition of its English-language online magazine.

An article in the fourth issue of Dabiq said the practice of taking women and girls of the enemy is firmly established in the Quran and allowed under the strict laws by which they claim to abide. Anyone who criticized the group’s taking of women and girls as sex slaves, the article continued, would be criticizing Islam and mocking the Prophet Muhammed. Analysts and journalists, among others, began to parse out its contents on Twitter.

The publication came as Human Rights Watch (HRW) published an extensive report on ISIS’s sexual enslavement of women, specifically of the Yezidi minority in Iraq. The organization interviewed 76 Yezidis displaced in Duhok, Zakho, Erbil and other areas of Iraqi Kurdistan. They reported that ISIS was holding 366 of their relatives.

One 17-year old girl who escaped told HRW that a “big bearded man” picked her out from a group of detainees in Mosul. “You are mine,” he said. 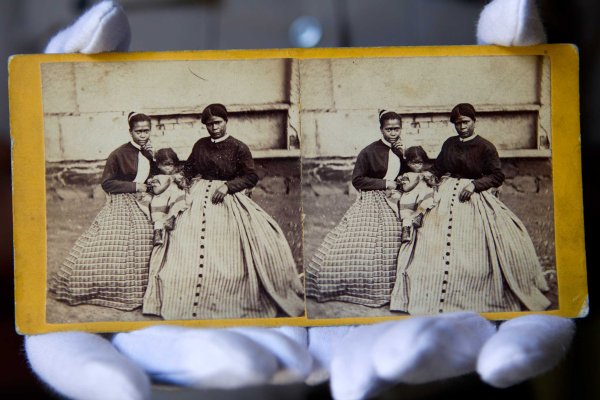 See a Rare Civil War-Era Photo of a Slave from Robert E. Lee's Household
Next Up: Editor's Pick