6 Items You Should Wear To Achieve World Domination

This story originally started out as a fashion guide for ambitious women… until I got power-hungry. Now it’s about taking over the world.

Maybe I got a little too pumped up by the playlist I was listening to while writing, but I suddenly felt like ambition wasn’t enough. It’s time to rewrite the rules — it’s time to completely own shit! And if you want to take over the world, you need the right wardrobe to do it. Here’s what I’ll be wearing on my path to world domination.

Let’s shove aside this tired idea that menswear-inspired clothing is the only way to show you’re serious. Put on the girliest dress in the gauziest, ruffle-covered fabric with tights, or a velvety bodycon number (that’s office-appropriate) and wear it to work, sit at that board meeting and make a few people uncomfortable in your frilly blouse.

Femininity can be powerful and what’s more powerful than a woman being comfortable with that?

The sound of feet stomping is commanding. Whether it comes from a marching military or the loud stomp of your upstairs neighbor, it makes you aware of a person, sometimes without even seeing them.

My wishlist is full of them. There’s something about a chunky heel that makes me want to spend my entire paycheck on nothing but them. World domination starts with a sturdy foundation and what’s sturdier than a chunky heel?

My favorite versions of the future are “The Jetsons” and 2001: A Space Odyssey. I like the stark white of the latter and the fun and flying cars of the former.

Why not get dressed for the future while thinking of the future, even if it’s a very distant one? Think of what you’d wear if it were 2214, or better yet, try to think of yourself as completely different being. The future alien you is infallible — a cold, emotionless robot who’s formidable and incredibly intelligent. Imagine efficient, sleek clothing made from newly invented material, doing everything with extreme precision while dressed in neoprene and vinyl.

Sometimes the world is like that guy on the subway who takes up two seats because he wants to sit with his legs wide open like he owns the place and there’s no space for you. Demand your space, and take it in an oversized coat. Sit down and “accidentally” hit him with your larger-than-life purse. If there’s no room for you, then make room.

Regardless of why Anna Wintour constantly wears those sunglasses, they are now a part of her legend. People have come up with their own reasons for why she’s never seen without them, and the thing that’s clear from all of this is that those sunglasses make it hard to read her emotions, and that scares people.

Personally, I love it. When people have no idea what someone else is thinking it kills them. In Anna’s case it’s constantly analyzed, people gossip and write articles about it. I bet she’s sitting in her office now, laughing at all the rumours going around, her legend spreading, and all she had to do was toss on a pair of sunglasses. So, wear a stony expression, put on a pair of sunglasses or an oversized hat — anything that will hide part of your face — and let the world create your myth.

Eccentrics make life a lot more fun. Eccentrics are captivating, but not always the loudest, most aggressive person in the group (look at Bill Cunningham.) Buy a vibrant plaid suit and wear it with a printed blouse. Find something Commes Des Garçon or Margiela-inspired and wear it in an unexpected way. Look to other fashion eccentrics like Isabella Blow, Leigh Bowery and Anna Piaggi. Wear an all-silk pajama look to the office, the absurd hat you just purchased, or the Bond Hardware accessory you’ve been dying to show off.

So, for those of you who may be wallflowers but still want to take over the world, there’s no better way to make a statement than through clothing.

What kind of clothing makes you feel most powerful?

Sydney Scott is a writer and fashion and beauty enthusiast. 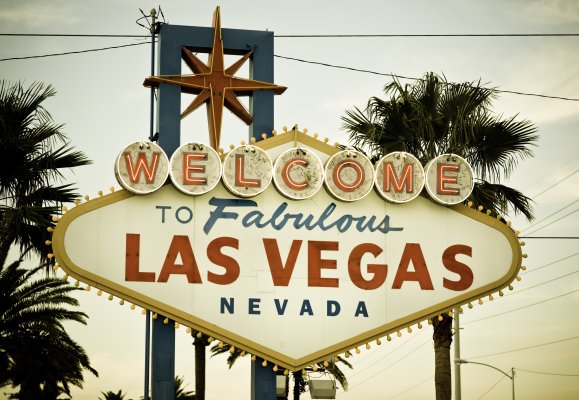 Doing Shots in Vegas—The IVF Kind
Next Up: Editor's Pick