Two toddlers were injured on Sunday, one critically, when a bouncy house they were playing in was carried away by the wind, according to local reports. The bouncy house at a farm in New Hampshire traveled between 50 and 60 feet.

The bouncy house was not properly tethered to the ground at the time of the accident, WDHD reports. A two-year-old was critically injured during the accident and was airlifted to Tufts Medical Center in Boston, WCVB reports. His three-year-old companion was treated at St. Joseph’s Hospital in Nashua, N.H.

The incident is the latest in a string of bouncy house accidents, which child safety advocates have said is partially due to the fact that they can be purchased by anyone and most states lack safety guidelines. 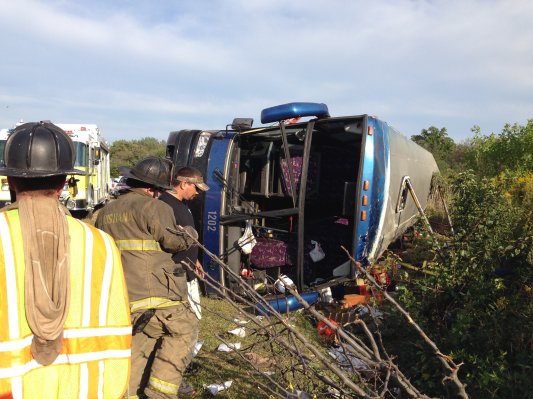 Bus Crash in Delaware Kills 2, Injures 48
Next Up: Editor's Pick