Kerry Says Kobani’s Fate Is Not Key to U.S. Strategy in Fighting ISIS

U.S. Secretary of State John Kerry said keeping Kobani out of ISIS’s hands was not the top priority for the coalition of nations bombarding the Sunni extremist group in Iraq and Syria.

He voiced concern over the potential fall of the besieged Kurdish enclave, also known as Ayn al-Arab, to extremist militants, but was quick to note that the city’s survival did not “define” the U.S.-led coalition’s strategy.

“Kobani is one community, and it’s a tragedy what is happening there,” Kerry told reporters during a press conference in the Egyptian capital, Cairo. “We have said from Day 1 it is going to take a period of time to bring the coalition thoroughly to the table to rebuild some of the morale and capacity of the Iraqi army and to begin to focus where we ought to be focusing first, which is in Iraq.”

Kerry’s admission comes as coalition forces steadily increase the number of air strikes targeting ISIS forces surrounding the conflict-torn city in northern Syria. If it falls under ISIS control, it will give the terrorist group a large strategic corridor running along the Turkish border.

U.S. Central Command confirmed launching three air strikes in Kobani on Sunday that “destroyed an [ISIS] fighting position and an [ISIS] staging area.” However, it appears the strikes have failed to reverse ISIS’s momentum.

Syrian Kurdish militia fighters, known locally as the Kurdish People’s Protection Units (YPG), have been battling thousands of heavily armed ISIS militants in and around Kobani for weeks. Despite exhibiting incredible tenacity, the YPG has steadily lost ground thanks to a lack of reinforcements and access to sophisticated weaponry.

Analysts have also expressed growing concern that the loss of Kobani to ISIS could reignite civil war in Turkey. Ankara continues to prevent thousands of Kurdish fighters and supplies from crossing the border into Syria — a move that sparked days of rioting across Turkey that claimed at least 33 lives.

Cemil Bayik, who helps lead the Kurdistan Workers’ Party (PKK), warned that the fall of Kobani would incite fresh insurrection in Turkey, during an interview with the New York Times published over the weekend.

“Negotiations cannot go on in an environment where they want to create a massacre in Kobani,” Bayik told the Times. “We cannot bargain for settlement on the blood of Kobani.”

The PKK, which backs the YPG, has kept a shaky cease-fire with Ankara since 2013, after three decades of bitter civil war.

Bayik went on to promise to “mobilize the guerrillas” if Turkish forces allowed a massacre to ensue after preventing Kurdish forces from entering the fight for the city. Human-rights groups and the U.N. have voiced similar concerns over an imminent humanitarian catastrophe.

If Kobani fell, up to “12,000 people, apart from the fighters, will be most likely massacred,” warned U.N. envoy Staffan de Mistura on Friday.

On Sunday, ISIS boasted, in an article published by its official propaganda outlet, of taking Yezidi women as slaves during the group’s conquest of northern Iraq in August.

Human Rights Watch (HRW) confirmed the admission by ISIS. “The group has systematically separated young women and teenage girls from their families and has forced some of them to marry its fighters,” said HRW in a statement published on Sunday. 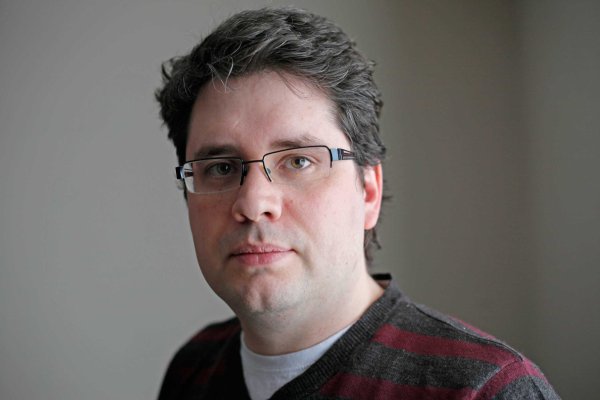