Who Is Julie Gayet?

The French magazine Closer claims that President Francois Hollande is having an affair with actress Julie Gayet and touting photos to support the claim. Hollande hasn’t denied it, but is threatening to sue the magazine over what he calls a breach of privacy. Hollande’s longtime partner is Valerie Trierweiler (he had his four children with his previous partner).

So who is Julie Gayet?

She’s a 41-year-old French film actress and producer who has been in more than 50 films, the Telegraph reports, but her work isn’t prominent in the United States. She studied at the Actor’s Studio in London and is best known for films like My Best Friend, and Chaos and Desire. In 2007, she founded her own production company with another woman called Rouge International.

And she’s married herself. Gayet wed writer and scenarist Santiago Amigorena in 2003 and had two children with him. The couple is separated, though not officially divorced.

Gayet even appeared in an advertisement for Hollande’s campaign below.

Correction: The original version this story misstated the woman with whom Hollande had his four children. 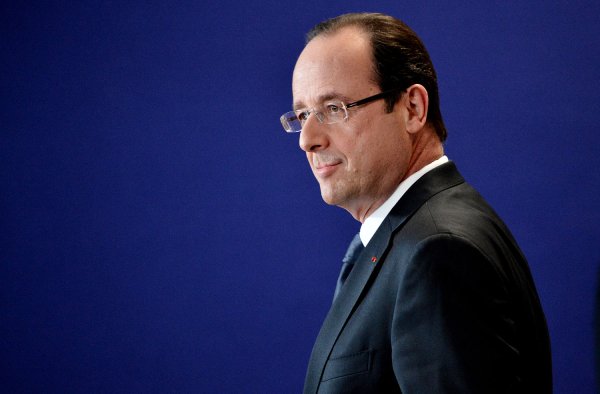 Francois Hollande Threatens To Sue Over Affair Claims
Next Up: Editor's Pick