3 Things Apple Might Reveal at This Week's Mystery Event

“It’s been way too long” since Apple’s last event in September.

Or so Apple said—facetiously, we hope—in an invitation sent to press this week. On Oct. 16 at 10 a.m. PT, one month after the release of the iPhone 6 and iPhone 6 Plus in Cupertino, Apple will likely unveil something new again…again.

What is it? Techies have been swapping rumors, and there are a number that appear fairly well-founded:

Apple’s new operating system is finally ready to be released. It has a number of big changes and new features, including a design that’s more akin to the colorful and simple style of the iPhone and iPad’s iOS. Yosemite also allows you to answer phone calls or send and receive text messages on your Mac. And iCloud Drive is like Dropbox, allowing you to sync files from your Mac and iOS devices in the cloud.

It’s likely that Apple will release a new iPad Mini, as the company typically releases a product update about once every year. For the iPad Mini, speculation is hovering around a gold color option, an anti-reflective screen coating, Touch ID like the new iPhones, and a new processor. However, some observers believe Apple’s new iPhone 6 Plus stands to eat into sales of the iPad Mini, effectively turning it into a new iPod Touch.

An iPad Air upgrade is also Apple’s agenda, reports The Verge, but it won’t revolutionize the tablet. The new iPad will probably have a Touch ID sensor, a gold color option, and a screen that makes it easier to see in the daylight. Also expect better memory and faster computing.

Apple’s new desktop computer will probably be super thin and available in 21.5- and 27-inch screen sizes, speculates MacRumors. It’ll likely include a high-resolution Retina display. The resolution of the display could be double what currently exists, which would make the iMac ideal for abandoning your TV and watching movies on your computer. It’s been a while since the iMac got a proper refresh, so it’s about time Apple gave customers something new here.

There’s a lot of speculation that the next MacBook is on its way soon, as the MacBook Air has had the same design for four years. We could see an improved Retina display and some other new features, but with production said to begin at the end of the year, Apple may not have the MacBook ready for next week.

Read next: 3 Things to Know About Apple Pay Ahead of Rumored Launch Date 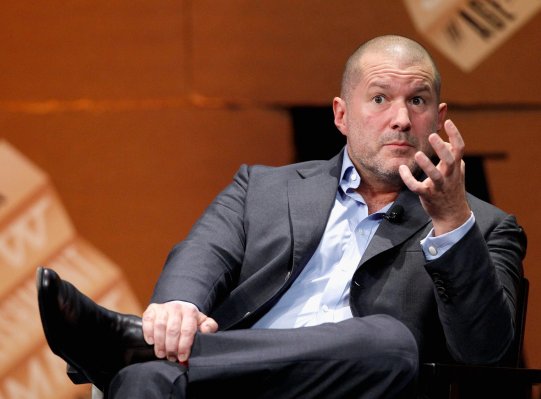 Apple Exec Tells Others To Stop Copying Design
Next Up: Editor's Pick