Snowden's Girlfriend Is Living With Him in Russia

National Security Agency leaker Edward Snowden is living with his girlfriend in Russia, it’s revealed in a documentary by filmmaker Laura Poitras that premiered Friday at the New York Film Festival.

Lindsay Mills, Snowden’s girlfriend of 10 years, has been living with Snowden for some time, according to the film. Poitras filmed Mills and Snowden cooking dinner together in July for the documentary, titled Citizenfour, according to The Hollywood Reporter. The revelation of Mills’ life in Russia counters the widely-held belief that Snowden abandoned her as he leaked troves of classified intelligence documents revealing the existence of massive secret surveillance programs on American citizens.

“The fact that he is now living in domestic bliss as well, with his long-term girlfriend whom he loves, should forever put to rest the absurd campaign to depict his life as grim and dank,” wrote Glenn Greenwald, the journalist who along with Poitras helped publish the Snowden revelations.

Mills is a ballerina and dancer who lived with Snowden in Hawaii when he was an NSA contractor there. Snowden has largely eschewed speaking about his personal life, and Mills has never given any interviews.

Snowden has been living in exile in Russia since June 2013 and has been granted asylum for a second year. You can watch the trailer for Citizenfour above. 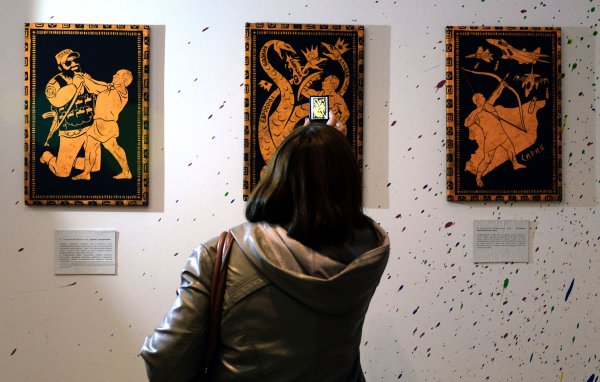 These Russians Made Artwork to Prove Putin Is as Manly as Hercules
Next Up: Editor's Pick