Man Who Lost Legs In Boston Bombing Will Be A Father

Jeff Bauman, who lost both legs in the Boston Marathon bombings and then helped authorities identify the suspects, poses with his expectant fiancé, Erin Hurley, in their home in Carlisle, Mass., Friday, March 14, 2014.
Charles Krupa—AP
By Eliana Dockterman

A man who lost both his legs during the Boston Marathon bombings and helped police identify the suspects is expecting a baby with his fiancé.

Jeff Bauman, 28, was standing near the finish line of the Boston Marathon last year waiting to cheer on his girlfriend Erin Hurley, 27, as she finished the race, when the two bombs went off. A photograph of an ashen-faced Bauman being wheeled away by rescuers became an iconic image of the horrifying attacks.

Bauman told the Associated Press that his child with Hurley is due July 18. The couple, who got engaged in February, has opted not to find out the gender of the baby. Hurley said that they plan to marry next year. “We’ve got a lot going on. So we don’t need to do everything all at once,” she said.

Bauman wrote a book about his experiences called Stronger; it’s due in bookstores on April 8, one week before the one-year anniversary of the attack. 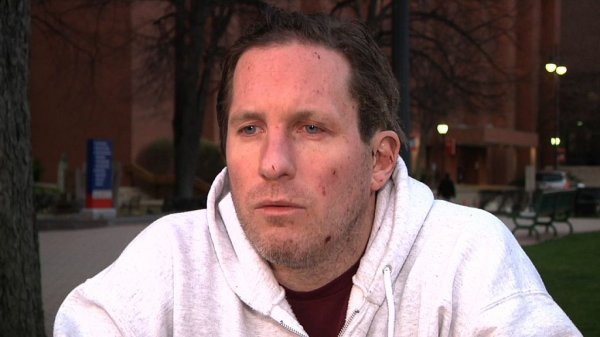 Boston Marathon Bombing Survivor Who Worked to Help Others Dies at 37
Next Up: Editor's Pick