Kevin Nealon on Jan Hooks: 'I Had Never Been So Attracted to Someone Because of Their Talent'

Kevin Nealon as Tom Selleck, Jan Hooks as Barbara Mandrell during the 'All Star Celebrity Tribute' skit on April 20, 1991.
NBC—NBC via Getty Images
Ideas
By Kevin Nealon
Kevin Nealon was a cast member of Saturday Night Live from 1986-1995.

Jan Hooks was the real deal. She was funny, beautiful and staggeringly talented. Jan was an enormous part of my life, and I am extremely proud to say that she was my good friend. To her, I was Kevers and she was Janners. She loved nicknames. I knew Jan intimately; our years as pals, then several years of dating and then the incredible, hyperventilating roller-coaster ride starring on Saturday Night Live together. Jan and I became famous together. It was exciting and fun. It was our life now.

It would be entirely minimizing to say Jan Hooks was gifted. Her talent as a sketch player was amazingly profound and seemingly came without much effort. I honestly don’t remember her putting a ton of time or work into her characters or sketches, but when the cameras rolled she was money. It was as if it were all from another stratosphere and all so appealing. Until then I had never been so attracted to someone because of their talent. She was beyond brilliant. To this day I will occasionally see her on an SNL rerun and still be totally floored and smitten with her genius.

That said, and even with all that unbridled talent, being on SNL was not an easy adjustment for Jan. Just before she was selected to be a part of the cast, her mother tragically passed away, leaving a large void in her life. The stress of dealing with her mother’s death coupled with suddenly being on such a high-profile show was emotionally crippling for her. Unbeknownst to most people and many of the cast, she had developed paralyzing stage fright. I would often be up with her into the late hours of Saturday morning, trying to comfort and reassure her. I thought, How could someone so talented be so unsure of herself? Without fail, though, each Saturday night at 11:30, she courageously faced her demons and went in front of the cameras and millions of viewers, always nailing it. I was so proud of her and also relieved that it was over.

I will miss laughing with this woman. We had really hard laughs together. I remember us laughing at the oddest things too, and at times we didn’t even know why we were laughing.

Like many of us in this business, Jan was at times complicated and conflicted. Just after 9/11, she moved with her dog to upstate New York. She wanted to escape. She wanted her life to be private. She refused to get a cell phone or a computer. She didn’t want to be a part of that whole “technological surge.” It was only recently, when she got sick, that her brother hooked her up with her first cell phone and laptop. But that was Janners. She lived the life she wanted to. To me, it seemed as though she was shunning Hollywood. She didn’t want to continuously have to prove herself. If she wanted to, I believe Jan could have been a huge star. But ultimately her privacy was more important.

During the past two decades. I didn’t see too much of Jan but would occasionally touch base. Several times a year, we would reminisce on the phone and still laugh together … but maybe not quite as hard. Jan’s passing was a huge loss. I only hope she realized how respected and admired she was. She did not have to keep proving herself. From the reaction to her passing these past few days, it is obvious that she was loved. 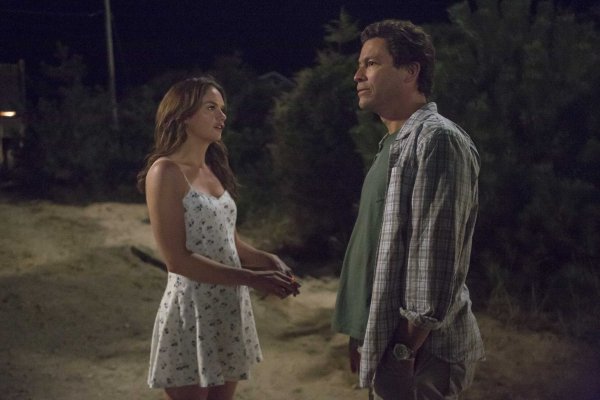 Why Showtime's The Affair Will Be as Intense as Game of Thrones
Next Up: Editor's Pick