Work-life balance is having a moment, but for the wrong reasons. Although scholars have been researching work-life fit for more than 50 years, the 2008 recession changed the nature of the beast: Lacking job security, workers became afraid to take advantage of company flexible working options, instead seeking to show hardcore commitment to hang on to a job.

This strategy has had devastating effects. A recent study found that 70 percent of workers suffer from work-family tension, which manifests itself in sleep-deprivation, marital conflict, parent-child tension, alcohol and tobacco use, and other problems.

Things have improved since 2008, sure. But now, the trick is to harness the energy of this moment into a cultural shift — a movement that sparks lasting change.

So, where do we go from here? To the data! Yeah, yeah, it’s 2014, the data. Got it. But, from the data, the big question is whether we can solve the problem with one good policy, or some fear in the marketplace, a combination of both that changes the ecosystem of the workplace.

The first step to making any change, of course, is acknowledging the problem. Denial can be destructive. Let’s take, for example, the work of Robin Ely of Harvard Business School. She studied a professional service firm to find out why 90 percent of the employees at the top level were men. Most of her 107 interviewees attributed it to women’s family responsibilities, claiming that greater work-family conflict caused them to slow down or quit. But when data showed similar dropout rates for men and women, the true culprit appeared: overwork. But instead of addressing the organization’s culture of overwork — prompted by over-selling and over-promising deliverables — the firm chose to depict it within a “work-family narrative” that shifted the blame away from company culture. Naming the true problem would require altering some things, including some supervisor, management, and promotion practices — which need not be as daunting as it sounds.

So, where do we find solutions? In a “best of the best” workplaces study, awarded the 2014 Kanter Award (an honor bestowed to the work-family field’s most influential research), researchers found that when European governments enacted public childcare and paid leave statutes, they often inspired companies to change their policies and implement additional flexible work arrangements, above and beyond what the law required. Using data from 19,000 organizations in 19 countries (the survey didn’t include the U.S.), the authors found that the presence of a federal context of family-friendliness mattered: their statistical analysis showed that 15 percent of the variability in companies’ adoption of flexible work arrangements was explained by institutional pressures such as state support.

But government can’t do it alone. And if you’ve been following the latest work-family legislation news out of the U.S. government, you know that it’s not doing much of anything, let alone changing work-life rules. Luckily, governments aren’t the only organizations that can initiate societal ripple effects. Other big companies can do that, too. It’s all based on a somewhat wonky theory known as organizational isomorphism — companies’ tendency to mimic each other to gain social legitimacy, and to remain competitive in the war for talent, customers, and profit.

More and more, companies are eager to make “Best Places to Work” or “Best Places for Working Mothers” lists — it’s good for their brands and supports the bottom line. Such lists nudge organizations into thinking about shifting their policies and culture toward more family-friendliness. But after a nudge, the real drivers of change are threefold, according to scholars. First is labor supply. According to Ellen Galinsky of the Families and Work Institute (FWI), companies move toward becoming more family-supportive when they lose valued employees whom they want to retain. In FWI’s recent report, only 11 percent said they did so because of legal mandates. Second is leadership, especially the human resources (HR) manager’s stance: if he or she supports a work-life innovation as a way for the organization to adapt to change (especially global competition), that’s a plus, says Ellen Kossek of Purdue University. The HR executive is a critical driver, according to Kossek’s research. If he or she has a global orientation, and thinks other executives will be favorable to a work-life innovation, change is likely.

Another way to change an organization’s culture: give employees greater control over where and when they work, and train managers to be more supportive of family commitments. Research from the University of Minnesota found that these changes resulted in a significant reduction in employees’ chronic work-life stress and feeling of insufficient time with their families. Implementing more schedule and location flexibility, and supervisor support for family responsibilities, meant system-wide change could relieve work-family pressure for those who needed it. In particular, employees who were parents or had supervisors who were initially suspect of greater freedom were helped the most by these changes. Unfortunately, according to the Families and Work Institute report, fewer employers are providing supervisor training for support and evaluation of a diverse, flexible workforce. That trend needs to reverse. But the report also showed that flexibility in where and when work gets done has increased since 2008, from 50 percent to 67 percent of the companies it surveyed. That’s good news.

The data are clear. Change can happen inside organizations to ease work-family tension for all who need it… and increasingly, that means not just mothers. And change can happen across organizations, in response to public policy prodding companies toward family-friendly practices; as well as companies replicating one another’s programs in response to social, economic, and leadership pushes. And most importantly, change is needed when 70 percent of working Americans feel stressed and 70-hour workweeks beckon. We want that type of virus to spread, instead of an epidemic of people’s stress-filled work-life imbalance creating a national health crisis.

Nanette Fondas, co-author of The Custom-Fit Workplace, writes about business, economics, and family. Her work has been published in The Atlantic, Harvard Business Review, Psychology Today, Slate, Ms., Quartz, as well as academic journals. This piece was originally published in New America’s digital magazine, The Weekly Wonk. Sign up to get it delivered to your inbox each Thursday here, and follow @New America on Twitter. 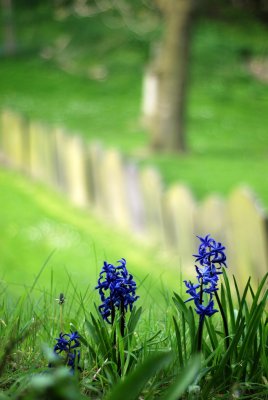 My Mother Died Three Months Ago and I'm Still Figuring Out How To Grieve for Her
Next Up: Editor's Pick