The Future of Civilization Is a Battle Between Google and Wikileaks

Julian Assange appears by hologram at The Nantucket Project on Sept. 28, 2014, alongside Eugene Jarecki.
Meghan Brosnan
Ideas
By Eugene Jarecki
Eugene Jarecki is a New York-based writer and film-maker. His Peabody, Emmy and Sundance-winning works include Why We Fight, The Trials of Henry Kissinger and The House I Live In.

Last weekend, I participated in an event that grabbed headlines around the world, even making it into Jimmy Fallon’s opening monologue on “The Tonight Show.” Yet the real cover story has to date gone unreported.

The fourth annual Nantucket Project (co-sponsored this year by TIME) is a weekend of TED-style talks for the luminary set that hobnobs off the Massachusetts coast. I interviewed notorious Wikileaks founder Julian Assange by hologram, beamed in from his place of asylum in the Ecuadorian Embassy in London. News coverage the next day focused in one way or another on the spectacular and mischievous angle that Assange had, in effect, managed to escape his quarantine and laugh in the face of those who wish to extradite him by appearing full-bodied in Nantucket before a packed house of exhilarated conference attendees.

Beyond the spectacle, though, what got less attention was what the interview was actually about, namely the future of our civilization in an increasingly digital world. What does it mean for us as people to see the traditional town square go digital, with online banking displacing bricks and mortar, just as email did snail mail, Wikipedia did the local library, and eBay the mom and pop shop? The subject of our ever-digitizing lives is one that has been gaining currency over the past year, fueled by news stories about Google Glasses, self-driving cars, sky-rocketing rates of online addiction and, most recently, the scandal of NSA abuse. But the need to better understand the implications of our digital transformation was further underscored in the days preceding the event with the publication of two books: one by Assange and the other by Google Executive Chairman, Eric Schmidt.

Assange’s book, When Google Met Wikileaks, is the transcript (with commentary by Assange) of a secret meeting between the two that took place on June 23, 2011, when Schmidt visited Assange in England. In his commentary, Assange explores the troubling implications of Google’s vast reach, including its relationships with international authorities, particularly in the U.S., of which the public is largely unaware. Schmidt’s book, How Google Works, is a broader, sunnier look at how technology has presumably shifted the balance of power from companies to people. It tells the story of how Google rose from a nerdy young tech startup to become a nerdy behemoth astride the globe. Read together, the two books offer an unsettling portrait both of our unpreparedness for what lies ahead and of the utopian spin with which Google (and others in the digital world) package tomorrow. While Assange’s book accuses Google of operating as a kind of “‘Don’t Be Evil’ empire,” Schmidt’s book fulfills Assange’s worst fears, presenting pseudo-irreverent business maxims in an “aw shucks” tone that seems willfully ignorant of the inevitable implications of any company coming to so sweepingly dominate our lives in unprecedented and often legally uncharted ways.

No sooner had these divergent visions been introduced to the world in print than their authors went toe-to-toe in the press, with Assange characterizing Google as the “privatized version of the NSA” and Schmidt firing back that Assange is simply “paranoid.” These simple sound bites belie the depth of each author’s worldview and even of their views of one another. Though Assange is an anti-establishment vigilante and Schmidt comes from a wildly different position as chief shopkeeper of the digital marketplace, their 2011 conversation shows a surprising level of agreement in key areas, such as the importance of information architecture and the way the digital world promotes public bargaining power. Assange of course wishes to promote these in the service of a more informed citizenry, while Schmidt seeks to empower more and better consumers.

Strangely, any such depth is absent in Schmidt’s book, which is more a sort of Pollyannish collection of “what they don’t teach you at Harvard Business School”-type maxims, gleaned at the helm of the world’s most dominant company. As with so much about Google, one is drawn to read Schmidt’s words despite oneself, though they are really just thinly veiled propaganda for his company. I felt like fact-checking some of what I read, but where would I go? Google?

So suddenly, a classic standoff has emerged across the digital town square. On one side, we see an exhausted but indefatigable vigilante, half-armed, bleeding, possibly half-crazed. On the other, the gleaming company man, armed to the teeth, with stars and stripes billowing behind him, swaggering with the confident ease of invincibility. As their crosshairs train on one another now across the digital frontier, I am reminded from Assange’s book that they were, in a sense, friends once, or at least kindred spirits in the quest to understand the road ahead.

For me, the most significant takeaway from this duel of perspectives came during my interview with Assange. I passingly referred to the Internet as a kind of Wild West, one with limited regulation and desperados vying for control. He stopped me and said I was only half right to characterize it this way. Citing his own legal difficulties and the larger ongoing NSA scandal, he argued that the Internet is in no way a lawless place when it comes to government controls. Rather, it is only lawless where the rights of citizens are concerned. Assange painted a picture of the old world — admittedly imperfect but built upon a legal system that seeks to balance human rights with human accountabilities, the privileges of citizenship with its costs. He then went on to describe the new world, where this delicate architecture is being replaced by one with highly developed structures for the enforcement of accountability but little or none to ensure the rights and freedoms of citizens.

Perhaps it’s no coincidence that, in the same week that Assange and Schmidt squared off as adversaries, Tim Berners-Lee, the person credited with actually creating the world wide web (sorry, Al) returned to the role of cool-headed arbitrator, calling for a Magna Carta of the digital age. “The power to abuse the open Internet has become so tempting both for government and big companies,” Berners-Lee warned, that a kind of bill of rights for Internet users is urgently needed. Berners-Lee’s testimony offers, perhaps, a third way between the extremes represented by Assange and Schmidt, coolly reminding us that somewhere between the heedless profit-pursuit of those in power and the strident antagonism of those opposed, we are long overdue for a kind of constitutional convention, the kind of democratic gathering necessary at the dawn of any brave new world to ensure that we strike a balance between the better and lesser angels in our nature.

Eugene Jarecki is a New York-based writer and film-maker. His Peabody, Emmy and Sundance-winning works include Why We Fight, The Trials of Henry Kissinger and The House I Live In. 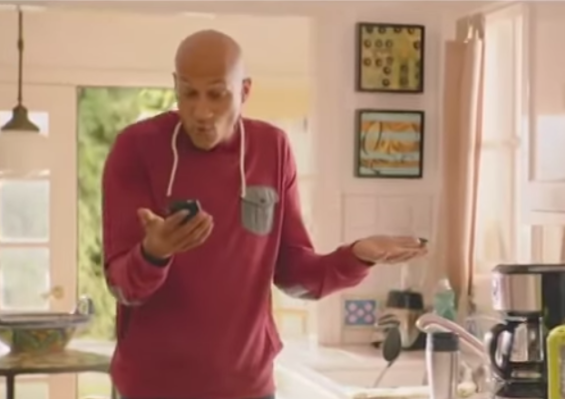 Watch Key and Peele Perfectly Capture the Dangers of Misunderstood Texts
Next Up: Editor's Pick