In a short speech reacting to the award, the 17-year-old Nobel laureate also said that she and Indian co-winner Kailash Satyarthi would use the shared award as an opportunity to build peace between India and Pakistan.

“I felt more powerful and more courageous, because this award is not just a piece of metal… its really an encouragement for me to go forward and to believe in myself,” Malala said. “This is not the end of the campaign I have started. This is only the beginning.”

“I want to tell children all around the world that they should stand up for their rights, they shouldn’t wait for someone else,” she continued. “This award is for all those children who are voiceless, whose voices need to be heard.”

Malala also said that she and Satyarthi, an advocate against child labor, had spoken on the phone after winning the award, and had discussed working together to fight for the rights of children in both India and Pakistan:

She said they also agreed to request that their respective Prime Ministers, Narendra Modi of India and Nawaz Sharif of Pakistan, attend the Nobel Prize Ceremony in December, in order to build a stronger relationship between the two nations.

President Obama, who won the award in 2009, congratulated the winners in a statement. “In recognizing Malala and Kailash, the Nobel Committee reminds us of the urgency of their work to protect the rights and freedoms of all our young people and to ensure they have the chance to fulfill their God-given potential, regardless of their background, or gender, or station in life,” he said. “Even as we celebrate their achievements, we must recommit ourselves to the world that they seek ­— one in which our daughters have the right and opportunity to get an education; and in which all children are treated equally.” 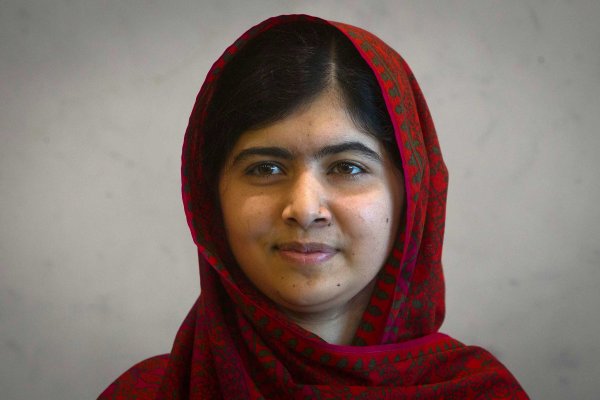 How the World Reacted to the Nobel Peace Prize Announcement
Next Up: Editor's Pick