Why Are We Upset About a Dog When Thousands Are Dying of Ebola?

It’s hard to break into the New York Times obituaries section, but apparently being the first U.S. Ebola patient to die will do the trick. Thomas Eric Duncan, who contracted Ebola by helping an infected pregnant woman into a taxi, is dead. For perspective, though: According to the CDC’s most recent count, 3,439 people have died of Ebola in West Africa, and only a handful of cases are being treated outside the hot zone in Africa.

But what we all care about is the case of Excalibur, a dog belonging to Teresa Ramos, a Spanish nurse who was diagnosed with Ebola and is now in isolation and treatment. Her husband was similarly isolated, while their dog remained at home while officials decided on what to do with him. His close contact with Ramos led the Spanish government to conclude that he should be euthanized, and the world is up in arms. Hundreds of thousands of people signed a petition to halt the dog’s euthanization.

Notably, the Spanish government and health officials already messed up here. Ramos had reported symptoms consistent with Ebola on multiple occasions before she was diagnosed. Before her diagnosis, she was laid up at home with a fever, spending time with her husband and Excalibur. This could have turned into a public health nightmare if she’d been out of the hospital longer or if people in her surrounding community had been exposed to her body fluids (as, for example, if she’d vomited from her illness, as happened to the Texas patient on his way to the hospital).

Meanwhile, Excalibur’s case became another opportunity to ding the Spanish government and appeal to the hearts of dog-lovers the world over.

The problem with Ebola and dogs is that we don’t know much about it. A 2005 study suggested that dogs who had eaten Ebola-infected animals could carry the virus asymptomatically, which would suggest that dogs exposed to the virus could pose a public health risk. Since pet owners handle body fluids from their animals on a pretty frequent basis, they’re especially at risk — how confident are you in the security of your poop baggie?

A precautionary decision to euthanize, under those conditions, doesn’t seem totally unreasonable, give concerns about spreading the virus. Watching the wildfire spread of Ebola across West Africa has illustrated the importance of drawing hard and fast boundaries early in an epidemic to control and eventually eradicate the virus. Yes, the euthanization of an animal that appears to be healthy and happy is a very sad turn of events; but so are thousands of deaths in West Africa, and so is the prospect of spreading Ebola through Madrid.

Yet, people around the world heard only the heartfelt plea for exoneration for Excalibur, a dog caught up in a global public health crisis.

And they responded in kind, because who doesn’t love dogs? Even I, a noted cat enthusiast, have a soft spot for dogs as I do for all animals — and the thought of euthanizing a healthy animal, as occurs in U.S. animal shelters on a daily basis — makes me unspeakably sad. It’s worth noting that 2.7 million cats and dogs are killed in U.S. shelters annually and few people are raising an international ruckus and signing petitions in the hundreds of thousands for them.

The hyperfocus on Excalibur wasn’t just alarming and depressing because it reflected a lack of interest in exploring our own domestic treatment of healthy cats and dogs who’ve only committed the crime of being unwanted.

It also illustrates a horrifying lack of perspective when it comes to the larger Ebola epidemic. 7,492 Ebola cases have been identified by the CDC in West Africa. We may be looking at 1.4 million by the end of January if we can’t control the epidemic, which requires a global public health effort and cooperation from a number of governments and agencies.

We’re looking at trying to treat and control a vicious disease in a region of the world where people are deeply suspicious of Western health care workers, and with good reason — they’ve seen failed public health initiatives, they’re aware of the CIA’s use of vaccinators (notably, those vaccinators didn’t complete the vaccine series they initiated, so not only did they use public health as an excuse to spy, but they didn’t even confer immunity on the people they vaccinated) to penetrate Muslim communities in the search for Osama Bin Laden, and they’ve seen the failure of foreign aid to reach communities that need it.

Already, health workers have been killed for working on the Ebola outbreak. Huge amounts of resources have been expended on shipping people infected with Ebola to industrialized nations for high-quality medical treatment — if they’re Westerners.

Ebola virus disease is a tragedy. In the face of that, the death of a single dog — Excalibur was euthanized in his apartment using established compassionate euthanasia protocol — is a drop in a very sad bucket. The grief his owners are experiencing isn’t to be denied, but it was still the right decision for public health and the good of the commons; it’s a wrenching and awful position to be in, but there it is.

What I want to know is why the world was so wrapped up in the fate of a single dog that it couldn’t even consider the larger issue of the epidemic chewing through West Africa and causing lasting harm to West African communities all over the world who are currently asking themselves which friends and loved ones are infected, dying, or dead. West Africa faces permanent economic damage as a result of the Ebola outbreak, in addition to years of rebuilding and infrastructure development and redevelopment. But sure. Let’s focus on a dog.

The tendency to put a face on serious issues is understandable. People tend to relate to an issue more closely when they find it more accessible, which is why organizations put real human stories foremost when they’re soliciting for funds or attempting to perform public education and outreach.

But the case of Excalibur was different. It turned Ebola into a crisis of the West and specifically into a private domestic drama — the tragic death of a beloved family pet. It was a remarkably self-centered act, one that highlighted the Western indifference to the scope and severity of Ebola.

Maybe Excalibur was euthanized for nothing and he never carried Ebola in the first place, just like dogs euthanized for suspected rabies infection who turn out to test negative. If that’s the case, that’s terribly sad — but that doesn’t mean that health care workers made the wrong choice working with the limited amount of information they had. Sometimes, you have to make tough, terrible choices for the common good, and that’s how it is.

What I want to know is why the West cared more about a damn dog than thousands of people dying of a disease that should be controllable through some pretty basic health care provisions and the development of a more comprehensive health care infrastructure. The spread of Ebola is a direct consequence of the poverty and corruption left behind in colonialism’s wake, not because the virus is some sort of horrible monster that can’t be comprehended and controlled.

And that’s on us.

S.E. Smith is a writer, agitator and commentator based in Northern California. 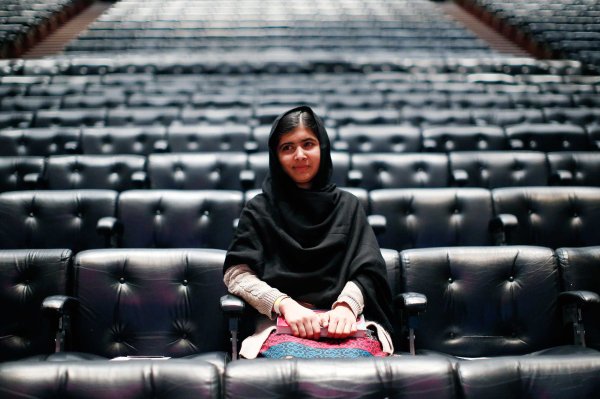