Gwyneth Paltrow to President Obama: "You're So Handsome I Can't Speak Properly"

For perhaps the first time, Gwyneth Paltrow was at a loss for words.

The actress and cookbook author hosted a Democratic National Committee fundraiser at her Los Angeles home, and told guest of honor President Obama: “You’re so handsome that I can’t speak properly.”

Paltrow was reportedly composed enough in the presence of the President to remind him that she had been a longtime supporter, telling him she was “one of your biggest fans, if not the biggest.” The actress also told the assembled crowd, including Julia Roberts and The West Wing star Bradley Whitford, that equal pay was an issue “very important to me as a working mother.”

This sort of rhetoric has, historically, bothered those who find everything about Paltrow bothersome; she’s not exactly a typical working mother, as indicated by her weekly Goop newsletters advising readers on complicated recipes and luxury fashions.

But what Paltrow may lack in self-awareness she makes up for in passion. Even before last night’s fundraiser, the actress had been involved in politics, taping an ad encouraging expatriate Americans to vote for Obama via absentee ballot in the 2008 election. She lived in London at the time with her husband Chris Martin, from whom she has since consciously uncoupled.

For his part, Obama was reported to have enjoyed Paltrow’s hospitality. Following her compliment on his appearance, the President said “I’m taking her to the next event.” 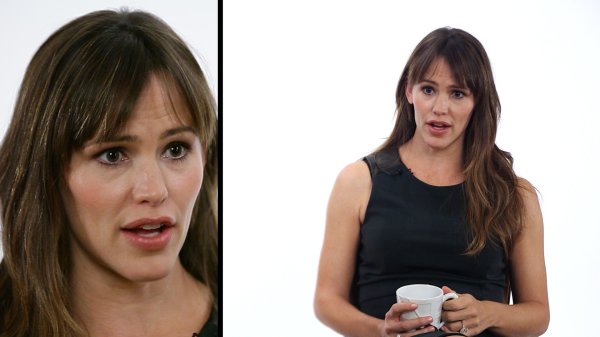 Watch Jennifer Garner Explain How She'll Talk to Her Kids About Sex
Next Up: Editor's Pick