Newly-elected UK Independence Party MP Douglas Carswell poses for photographers with a copy of the local paper in Clacton-on-Sea, in eastern England, on Oct. 10, 2014.
Leon Neal—AFP/Getty Images
By Catherine Mayer

Many forces are at work in British politics, but nominative determinism may not be one of them. When last month a member of parliament named Mark Reckless defected from the Conservative Party, Britain’s largest mainstream political party and senior partner in the country’s coalition government, the move looked, well, reckless.

Reckless resigned his parliamentary seat to join the right-wing, anti-Europe, anti-immigration United Kingdom Independence Party (UKIP), which had not yet succeeded in getting any MPs elected to Westminster. UKIP did well in some local and European elections, but conventional wisdom suggested the party benefited from protest votes against the big established parties and would struggle gain a foothold in the U.K. legislature.

On Thursday, those predictions proved wrong as another Conservative Party defector, Douglas Carswell, won back his parliamentary seat for UKIP with a thumping majority. In another by-election held the same day in a district that had previously been a solid Labour Party area, UKIP came within 617 votes of defeating the Labour candidate, overturning another piece of conventional wisdom that misconstrued UKIP as a threat only to the right-leaning Conservatives.

Reckless, who is preparing for a Nov. 6 by-election to try to capture his old seat for his new party, no longer looks reckless and conventional wisdoms appear anything but orthodox. Alarms are ringing not only among members of Britain’s mainstream parties but across Europe. An obvious focus of fear is what the rise of UKIP means for Britain; not only its attitude to Europe, but also towards its own diverse population.

In his victory speech, Carswell called for UKIP to be “a party for all Britain and all Britons, first and second generation [immigrants] as much as every other.” But UKIP’s party leader Nigel Farage was already busily undermining this message of tolerance, responding to criticism of an interview in which he called for HIV-positive migrants to be turned away at British borders by going still further, proposing a ban on any migrants with “life threatening diseases” getting treatment within Britain’s National Health Service.

The characterization of UKIP as a protest party fails to acknowledge the way such rhetoric resonates in communities that feel they are losing jobs and opportunity to immigrants. The mainstream parties have a shamefully thin record of speaking up for the necessity of immigration and an even more shameful record of harnessing anti-immigration sentiment while chasing short-term electoral gain. At other times, they find it more comfortable not to broach the subject at all—one reason Labour came so close to gifting UKIP a by-election victory.

Britain’s rumbling debate about its membership of the European Union may appear on the surface to be about bossy Brussels regulators and distorting subsidies and laws, but it is more often a proxy for the immigration debate that isn’t happening. Mainstream politicians don’t want to be tarred as Little Englanders, but increasing numbers of them, mostly Conservatives but also Labour members, are attracted to the idea of an exit from the E.U., which would instantly restrict the flow of immigrants from other, poorer E.U. countries currently entitled to live and work in Britain.

Continental Europe worries—with justification—that the U.K. is edging closer to ditching its E.U. membership. Yet the shudders attending UKIP’s latest win are not merely caused by the prospect of a so-called “Brexit“. In the flounderings and failings of Britain’s big political parties and the upsurge in support for populist alternatives sounding anti-immigration, anti-Europe rallying cries, E.U. leaders outside Britain see reflections of the turbulence in their own countries. Even in Germany, the crucible of pro-E.U. sentiment where memories run deep of its disastrous experiment with the narrowest possible vision of national identity, a euroskeptic party is gaining ground.

UKIP’s win is, with a certain irony, part of a pan-European phenomenon. Such parties grow because the political mainstream gives them the space to do so. 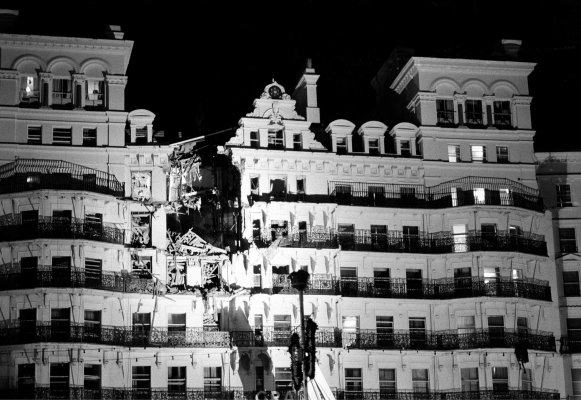