This won’t be the trip he planned.

President Barack Obama departed Sunday night for a six-day whirlwind tour through Europe and the Middle East that was supposed to be an ordinary trip to friendly countries to discuss nuclear security and trade while basking in the glow of the new Pope. Instead, as he visits the Hague, Brussels, Rome and Riyadh, Obama will be devoting his time to maintaining increasingly strained alliances with American allies across the globe, as global conflicts are placing the concerns of jittery partners on the front burner.

“If there’s a common theme to this trip, it’s the fundamental strength and importance of our alliances and partnerships,” National Security Adviser Susan Rice said Friday. “The strategic importance of this effort really can’t be overstated. From Europe to Asia to the Middle East, our ability to lead strong coalitions is essential to making progress.”

Obama is convening a meeting of the G-7’s leaders on Monday in the Netherlands to discuss the ongoing crisis in Ukraine, conspicuously declining to invite G-8 member Russia. The meeting may well serve as a substitute for the scheduled May meeting of the G-8 in Sochi, which was placed on indefinite hold following Russia’s annexation of Crimea. Obama, who has promised “costs” for Russian actions, is facing a fractured caucus of allies, with Europeans simultaneously wary of President Vladimir Putin’s aggressive stance and concerned about the impact of U.S. sanctions (and U.S.-supported European sanctions) on their business interests and energy supplies. Unilateral American sanctions are only so costly to the Russian government, so Obama is seeking support for tougher sanctions in coordination with European leaders.

Obama will then meet with NATO Secretary-General Anders Fogh Rasmussen on Wednesday to “discuss not just the situation in Ukraine, but the steps that we are taking to reinforce the security of our allies in Eastern Europe,” said Ben Rhodes, the deputy national-security adviser for strategic communications. Obama will then deliver a speech on trans-Atlantic relations and European security, and Ukraine will be a focus of his remarks, the White House said.

The nuclear summit will provide an indication for how well the U.S. and Russia can compartmentalize the Ukraine conflict while continuing to work on issues of shared interest, such as Iran’s nuclear program.

Asked Friday whether the U.S. has sensed any shift in Russia’s commitment to nuclear security, Rice told reporters, “We haven’t seen any evidence to the contrary.”

Obama will meet also meet trilaterally with President Park Geun-hye of South Korea and Prime Minister Shinzo Abe of Japan, each of whom is seeking U.S. reassurances over North Korea and China. They’re particularly concerned about the latter’s imposition of an Air Defense Identification Zone in the East China Sea.

The final stop of the trip will be Riyadh, where Obama will meet with King Abdullah to discuss the Middle East peace process and the Iran nuclear talks. The Saudi Arabian government has been anxious about the level of support it receives from the American government since the Arab Spring, and the two countries have clashed over the Iran talks and the Syrian civil war. Saudi Arabia has armed the rebels opposing Syrian President Bashar Assad, while the U.S. government has taken a lower-key approach. The reverse is true on Iran, as Saudi Arabia looks warily on the nuclear talks with its regional rival.

“Syria will be a topic of conversation,” Rice said. “So will Iran and the nuclear negotiations, and the United States’ determination above and beyond the nuclear issue that we have security interests and security commitments to our partners in the region that we will stand by and maintain.”

But despite the drama clouding the trip, Obama will still meet with Pope Francis on Thursday in Rome. Administration officials hope that meeting will be a powerful visual for American voters at home as the President works to align his party’s messaging on income inequality with the Pope’s recent comments.

“He has long looked forward to meeting Pope Francis,” Rhodes said of Obama. “He has very much admired the leadership he has provided in his first year as Pope, his commitment to address issues like income inequality, and his leadership of the church more broadly. So that will be an important time for the President to have some personal interaction with the Pope and to hear about the very ambitious agenda that he has launched in his first year.” 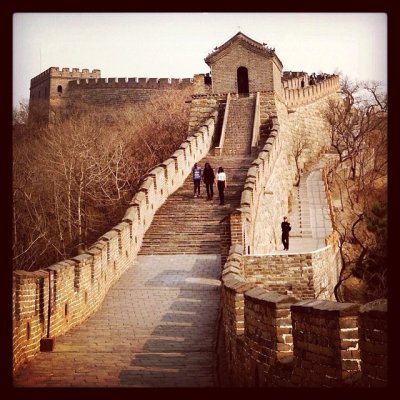 Michelle Obama's China Trip As Seen Through Instagram
Next Up: Editor's Pick