Ukraine Foreign Minister Andrii Deshchytsia told ABC’s This Week Sunday that he was deeply concerned about the Russian troops massing on Ukraine’s eastern border, and said the chances of war were “becoming higher.”

He said Ukraine would continue using diplomatic and economic tactics to contain Russia, but added that “the people are also ready to defend their homeland.”

Meanwhile, White House Deputy National Security Adviser Tony Blinken defended the Obama administration’s sanctions on Russia in the wake of its annexation of the disputed region of Crimea. Speaking on CNN’s State of the Union, Blinken said the Russian economy had taken “a real hit.” 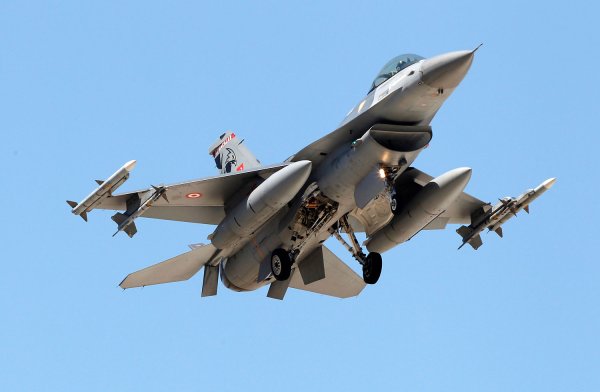 Turkish Military Shoots Down Syrian Jet
Next Up: Editor's Pick