How Family Dynamics at the Dinner Table Affect Kids' Weight

“Eat together” is a mantra that doctors and nutritionists use regularly when they talk with families about eating healthy and maintaining normal weight. Children who eat regular family meals tend to have lower rates of obesity and eat more nutritiously. A new study published Monday morning in the journal Pediatrics takes a novel look at why.

A team led by Jerica Berge, in the department of family medicine and community health at University of Minnesota, asked the families of 120 children aged 6 to 12 to record eight days of meals. The families didn’t have to eat every meal together, and didn’t even have to eat dinner together every one of those nights, but did have to share at least three meals during that time. Half of the children were overweight or obese, and half were normal weight.

To tease out what features of the family meal might be influence weight, Berge’s team laboriously coded the interactions occurring at the table into two broad groups — those relating to the emotional atmosphere at the meal, such as how much the family members seemed to be enjoying the time together, how much hostility the diners showed one another, and how many uncomfortable silences or awkward pauses occurred — and those involving food specifically, including how much hostility emerged from discussions about food, including weight issues, and how much the parents controlled or limited what and how much children ate.

Children who were overweight or obese had family meals that included more negative emotional interactions — hostility, poor quality interactions, little communication and more controlling behavior from their parents — compared to children who weren’t obese. Their meals tended to have a warmer, more communicative atmosphere. For example, these children were given positive reinforcements to eat, and were encouraged to eat foods to get stronger or run faster, while heavier children experienced more negative pressures including threats and made to feel guilty about those in the world who can’t afford to eat three meals a day. If parents or caregivers talked constantly throughout the meal about food, and lectured about homework or attempted to control what the children ate, the youngsters were also more likely to be heavy.

“I was surprised by how consistent the patterns were,” says Berge. “Almost every single one of the emotional factors we coded were in the right direction, and there were really clear patterns in how much positive or negative interactions were associated with overweight and non overweight.”

The analysis also revealed other things that distinguished the family meals of overweight children and normal weight youngsters. Heavier children tended to have shorter meals — spending 13.5 minutes on average eating with their family compared to 18.2 minutes for non obese kids. Children who weren’t obese were also more likely to have a father or step-father at the table. The reason, says Berge, may be practical. “It might be a matter of having one more person at the table for crowd control, another person to help make the meal and be a model for children to emulate,” she says.

The team only coded the types of interactions between the family members during the meal, and did not include an in-depth look at what the families were eating. But that’s the focus of their next study.

In the meantime, the current data suggests that simply sitting down at the same table at the same time isn’t enough to influence obesity. And it’s up to pediatricians and family doctors to help families understand how to take full advantage of breaking bread together. “There is clear evidence that family meals are important in protecting kids against overweight,” says Berge, “so it’s important to start the conversation with families. It’s important to focus on making the meal environment more positive.” And, as her study showed, it doesn’t take lengthy repasts either — just 20 minutes as many times a week as possible.

Read next: Why I Don’t Eat With My Kids 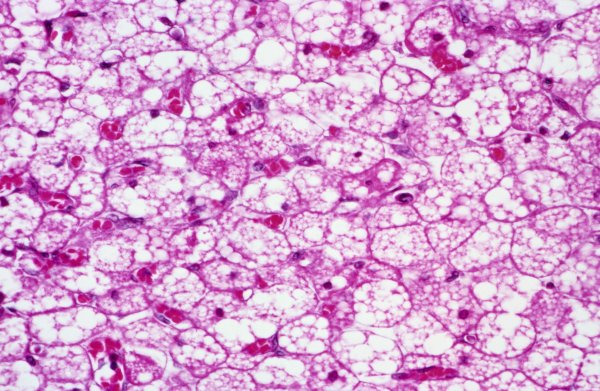 Why Brown Fat May Be the Key to Weight Loss
Next Up: Editor's Pick