The Wall Street Journal on Thursday reported that Amazon.com will open its first physical store in New York in time for the holiday shopping season, citing people familiar with its plans.

The store would be located on 34th Street in Manhattan, close to a shopping district that includes Macy’s flagship and serve as a mini-warehouse, with limited assortment used for same-day delivery within New York, returns and exchanges, and pickups of online orders, according to the Journal’s report.

Sucharita Mulpuru, an e-commerce analyst at Forrester Research, tells the Fortune the space sounds “closer to a post-office” than a retail store and that it remains to be seen what economic boost the location will provide to the company.

Sources told the Journal that Amazon might use the space to showcase its own devices like the Kindle e-readers, Fire smartphone or Fire TV set-top box. If the New York store works out, it could serve as a model for a rollout to other U.S. cities, the Journal’s sources said.

The news comes at a time traditional brick and mortar chains like Macy’s and Neiman Marcus are testing same-day delivery, while others are trying out a service offered by Google. It also comes as those physical retailers get nimbler at using merchandise in their hundreds of stores to speed up delivery, turning them into de facto distribution centers to help them compete with the Amazon facilities that dot the country. For example, Macy’s is now using all 800 or so of its stores to help its online efforts, while others like Target are gearing up for that capability.

A number of online-only retailers have experimented with physical stores of late, showing the enduring value of brick-and-mortar locations. They include eyewear retailer Warby Parker, Bonobos, Birchbox, and Rent-the-Runway. 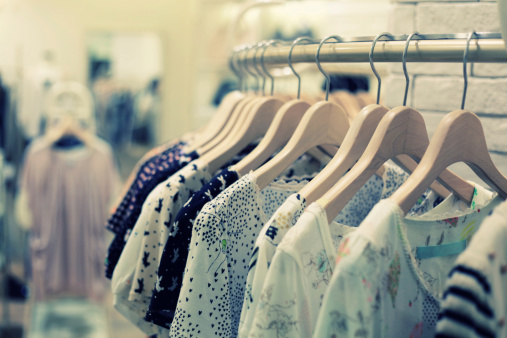 Why Big Data Is This Season's Big Fashion Trend
Next Up: Editor's Pick